Hey, another Drax. Did we need another Drax? Um, not really. The first one was fine. This one is pretty much a copy with a new yelling head. 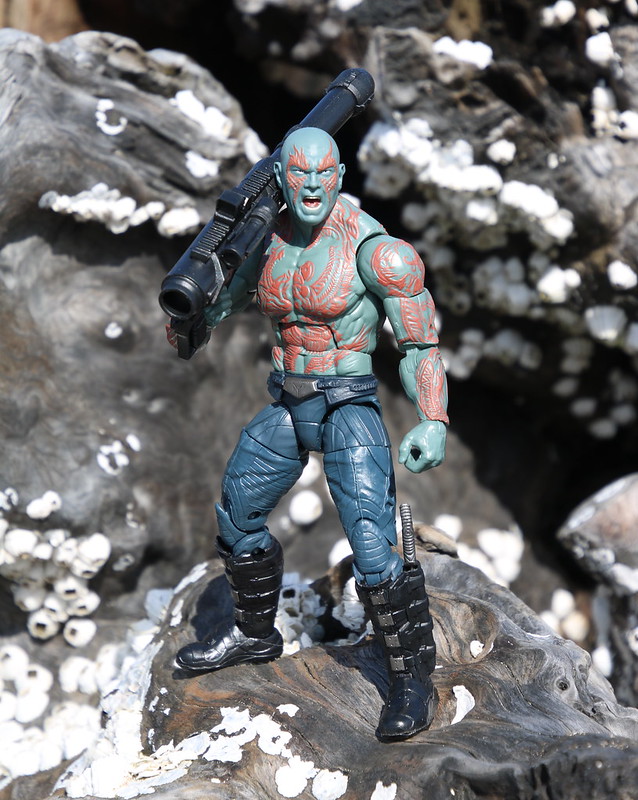 Drax comes with a rocket launcher this time around, and not a fancy space rocket launcher. It is a newer looking version that the model we saw that came with The Punisher and Deadpool (who used the same model). It looks a lot more like a ground to air defense missile launcher. Perfect in the hands of the big guy. Since this was not used in the movie, and Hasbro probably didn’t want to go to the cost of giving him a one-off weapon, I am guessing we will see this one show up again soon.
He also comes with the two thin blade knives we saw in the first figure, as well as the Guardians comic exclusive set. 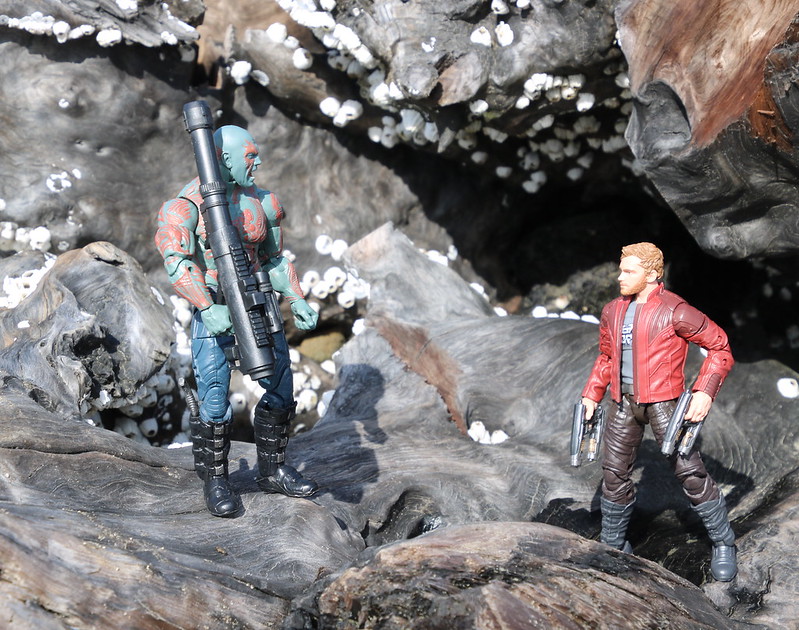 Here is one of the pics of Star-Lord unmasked I promised y’all.

Comparing the two Draxes, it is the same, save for the color of his pants. The color of their skin is different too. So unfortunately if you like one color of pants over the other, you are stuck with the heads attached to the body they came on.

This is a fine figure. It was good the first time around, but a bit stale the second. You definitely need the figure to get all of the BAF parts, but at least I am on my way to three complete sets of Guardians. HAHA!!!

Next up, we will visit the comic world for a few figures and see how those new figures stack up to the movie figures.