Ah, Rogue One. Bringing us a battalion of new Stormtroopers to broaden the Star Wars Universe.

I have already taken a look at the Hovertank Pilot, and the Death Trooper. Those have been cool and talked about. I think I have heard more people talking and wondering about the Scarif Stormtrooper, or Shoretrooper more than any other. Well, this is the Squad Leader. This one is the figure that was mass market available. It seems a bit backward that the standard Scarif Stormtrooper would be the WalMart exclusive, while the Squad Leader would be the one to hit the mass market. Hasbro should know by now that people will want to army build these guys, and you can’t have too many standard troopers, but it seems a bit off to have a squad built of leaders.

Anyway, let’s take a look. He comes with some really great paint. They have a few markings that signify their rank as Squad Leader. They have a blue stripe across their chest, a both shoulders are painted blue. The red arm band and white stripe are on both classes of Shoretrooper. There is also a Captain rank that we will see in the movie, where nearly the entire chest plate is colored blue.

The Squad Leader also has a dark skirt and less accessories on his belt. There are a lot of detail added around the body, with lots of scrapes and dirt on the armor.

The Squad Leader comes with the E-22 blaster rifle. It is molded fairly sharply, due to a new casting, though it is still soft. Nothing is like Cassian’s rifle we looked at a little while ago. 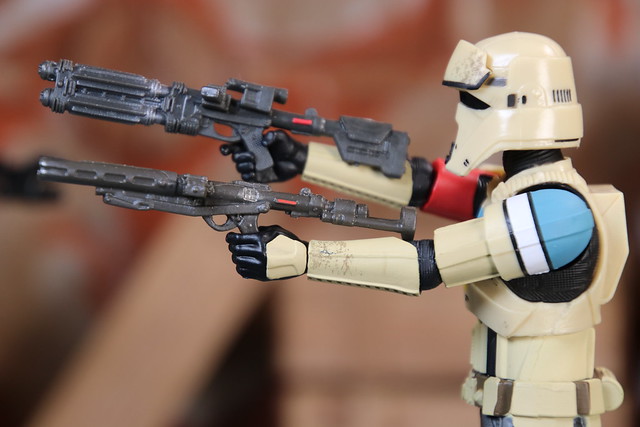 Comparing the E-22 to the Death Trooper’s variation of the E-11, you can see some of the variations. The front end is of course the most notable, with the double barrel. I cannot wait to see these in action. The center is the same, as you may expect with a new variation on a standard weapon. There is also a change in the back stock. Just as there is a longer stock on the Death Trooper’s E-11, the E-22 has a longer stock as well. The E-22 eliminates the fold-out stock that the E-11 had. 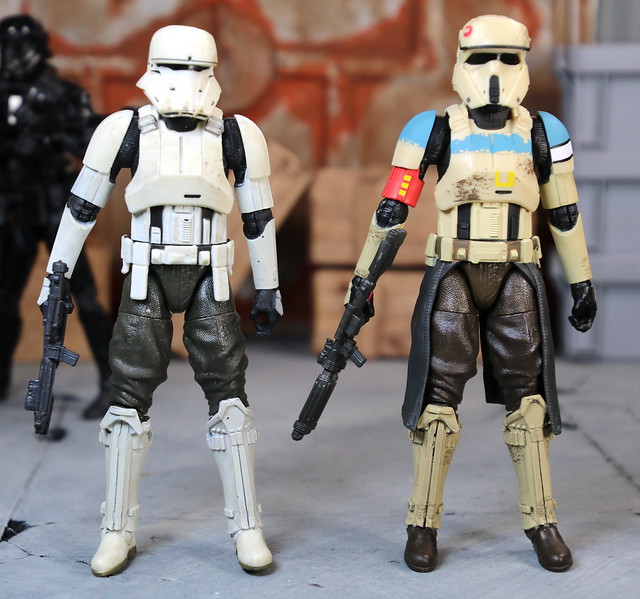 The Scarif Stormtrooper and the Hovertank Pilot have virtually the same armor. The big change is in the helmet. The rest of the outfit is the same with the exception of the belt, and the armor colors. That does make sense from the standpoint that we always saw just Stormtroopers in the original trilogy. This time around we see new Stormtroopers, but they are not vastly different from one another. 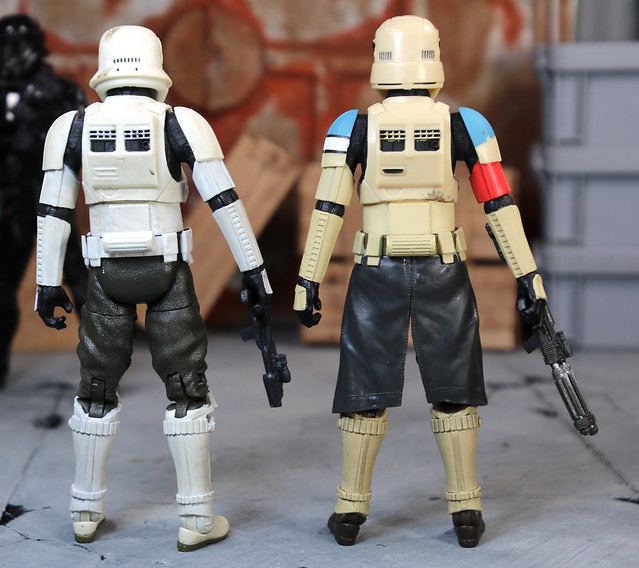 The design of the two are logically thought out. The Shoretrooper would be in a tropical climate, with water all around, so they would probably wear less armor on the lower part of their bodies. The Hovertank Pilot would be inside the tank, and need to be comfortable sitting down. I am sure the standard Stormtrooper armor would not be great to sit in for long periods of time. 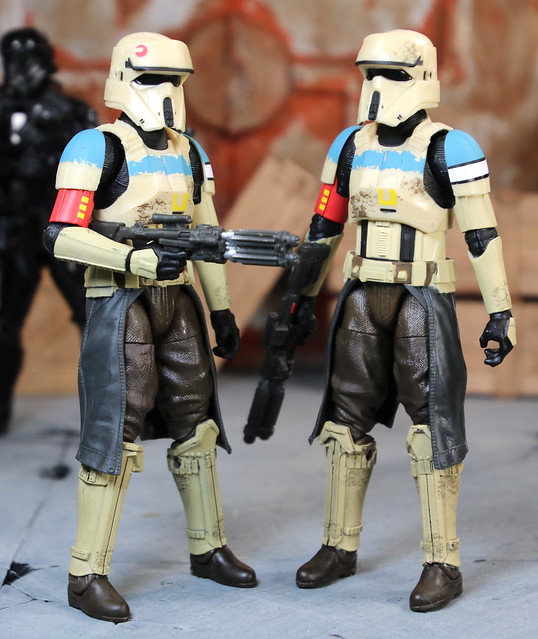 I ended up finding two and getting them both since I didn’t know how hard it would be to find the standard Shoretrooper at WalMart.

My army of Imperials is growing. I am really enjoying these new 6 inch figures. There is a better array of difference that I feel like I want to get more variations than we found with The Force Awakens. They were all very white, and smooth. These guys have a lot more to say. 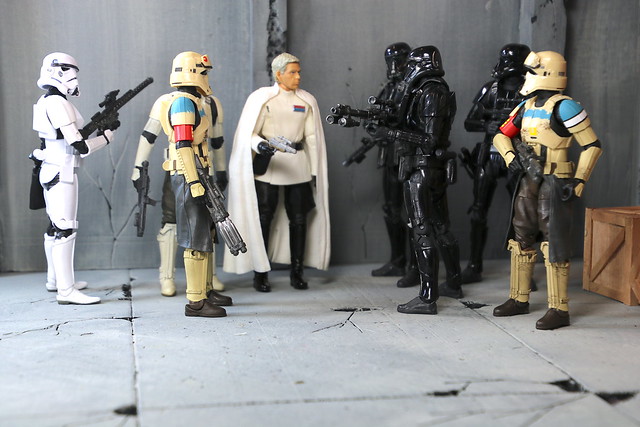