6 years and 499 posts ago I started this little page.   It was always meant to be a look at toys.  From reviews to just out taking pictures.   Over the years it has grown and changed a lot.  Here are some of the stats that have blown me away:

Over the course of 6 years, I went from collecting a few things, to collecting a lot.  I had an old shed in my backyard that I converted into a Fortress of Solitude.

Laying the last of the shingles on the new roof.

I was able to make this the place to keep all of my toys.  Safe, protected, and out of the way of my wife.

Since then, I have also upped the ante on camera.  From humble beginnings with a tiny digital camera, to the much better Canon Digital SLR I am running around with now.  I used to throw a camera in a backpack and go, and now I actually have a special backpack to keep the camera safer from harm.

Many of my early posts were pictureless.   It was a time of figuring out what I was doing.   I had the most posts I ever made in my first year 2010, but I also had the smallest amount of visitors.  As I found my way, I also needed to add more pictures, so I sought out Flickr.   I started my Flickr account about a month after I started this blog, and boy are the stats over there huge.  I think it really tells something about pictures being worth a thousand words.   My views over there are 1.3 million views, with 4327 pictures being posted.

The early stuff was not good.  Too dark, and very static.  It was a steep learning curve.   The biggest thing that helped me to get better at pictures was to look at other people’s work.  See what they were doing that I liked, and ask questions.   Now I can take a well lit picture.  So my focus is moving on to getting better dynamic lighting.  I have people I follow that take some of the best photos I have ever seen. They inspire me to be better and do more.

At some point daylight clicked and I took my toys outside to shoot.   Boy did that help.  But of course, then the setting was a bit weird.  Can’t keep taking pictures of Transformers on the deck. Something had to get better, but that was not going to come for a long time.  For some reason I was stuck on the figures, and didn’t focus on the background.

The reality of making better photos came in small steps.  I made a photo booth out of PVC pipes.   I added opaque fabric to allow for diffused light.  I then bought a fold-up photo booth to again boost my photos.

What really hit home was this summer.   I started to play around with backgrounds.  I started to experiment with insulation foam.  From there, I had to up my lighting game.  The results were night and day.   I wasn’t just taking pictures any more, now I was telling stories. 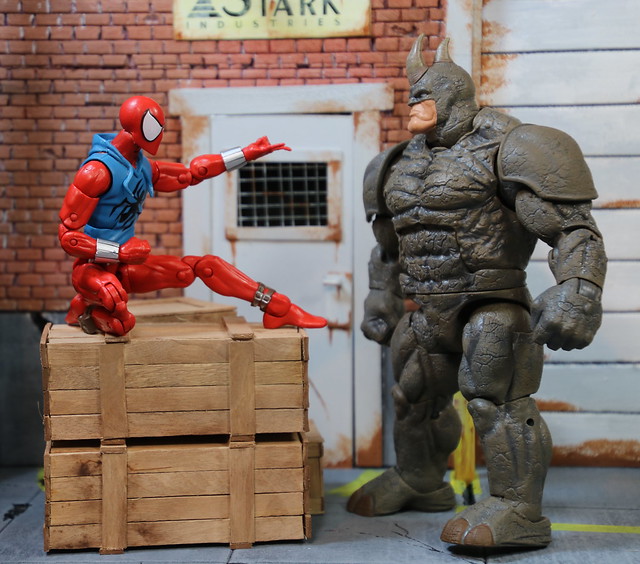 Did you know toys could be posed?  Boy did it take me a long time to come to that realization.   I was always a guy who loved to take the toys out of the packaging.  They are meant to be played with, not kept in the boxes on a shelf.  Well, then I would just stand them there and take pictures.  What better way to talk about their articulation than to actually show them in motion. 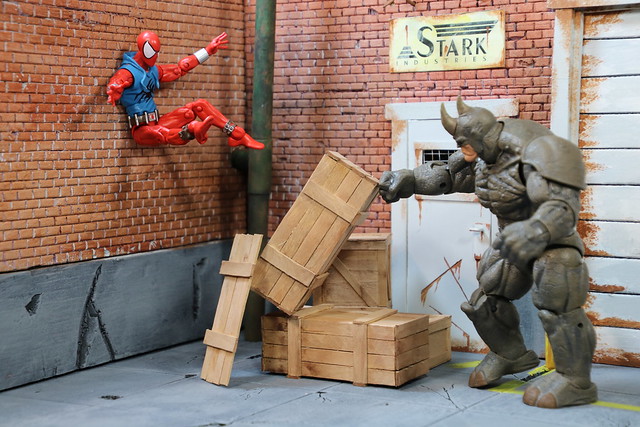 It was really a way of thinking that needed to change.  Even to the extent of ” I am going out somewhere?” “Bring a toy, because you never know where you might end up to take pictures.

So, 6 years and 500 posts in, and I feel like I am just getting started.  I have finally found my stride, and I am ready to bring it on!  I have a new big diorama I am working on, to help get away from the alley scene.  I have a few other ideas in mind too.  I have started to carry a blank book around with me to write down my ideas.  Going back over the past 6 years of pictures, I feel like I have done some of my figures a disservice, and I want to make it up to them.

I leave you with a funny stat that surprised me.  4327 pictures, ranging from Marvel to Transformers, from anime to cartoons.  And the photo with the most views, far, far, far beyond second place was this picture of a Monster High doll:

This was some fun I was having while my sister came to live with me.  We bonded over toys and photography.   This picture was taken a year and a half ago and has over 5,800 views as of today.  Something about a lady riding a motorcycle I guess.

Up next, a look at a figure that is no good.   I was glad I only picked up one of the wave.  Don’t need a whole shelf of that garbage.

Until next time my friends.  There are pictures to be taken and stores to be searched.