The love of action figures goes beyond the collecting for me.   I am a hands-on kind of guy, and for me, that goes to the building of scenery to go along with my photo shoots.   Way back when I first started to blog and review toys, I spent a lot of time outside in the yard taking pictures, or using a very simple background.  Nothing special, and it showed in my photographs.  Move ahead 6 years, and I have a few dioramas under my belt.   The first was an alley that could be reversed to be some sort of concrete barracks.  It was very functional, and I still love to use it. It is timeless, and will probably be my go-to dio for a long time.   But, it was time for a change.  Not so much out of necessity for the photos, but for the necessity to get it out of my head.   I had an idea floating around in the ether of my mind for a LONG time.  It was going to be a pier for figures.  Finally it came to be.  It is 1:12 scale, though it can be used other close scales too. 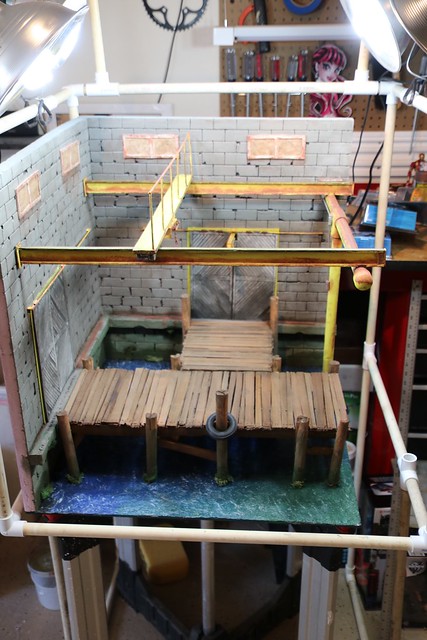 My newly minted pier/factory diorama. It has been over 6 months in the making. A few do-overs with the water. Lots more detail than any other dio I have built. This one measures in at a 2 foot cube. I had to rebuild my lighting poles to be able to account for taller walls than ever before. I am already ready for my next build. I am sure I am not the only one that happens to. 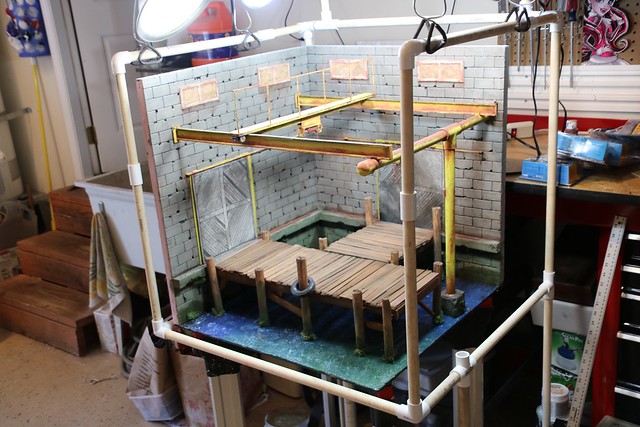 The pier is made of 100% wood, nailed together and then weathered. The crane on top moves side to side as well as back and forth. There is a winch that works too. There are two doors that also slide. They are thick art board that were scored for wood texture and then weathered. 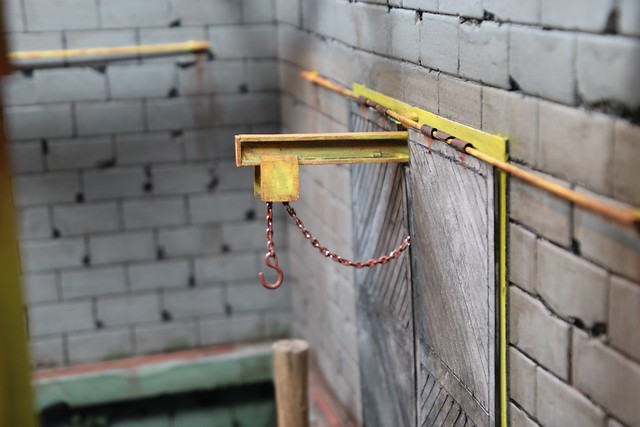 There is a secondary winch that comes out of the back door. The i-beam can move in and out as well as the pulley moving forward and back. 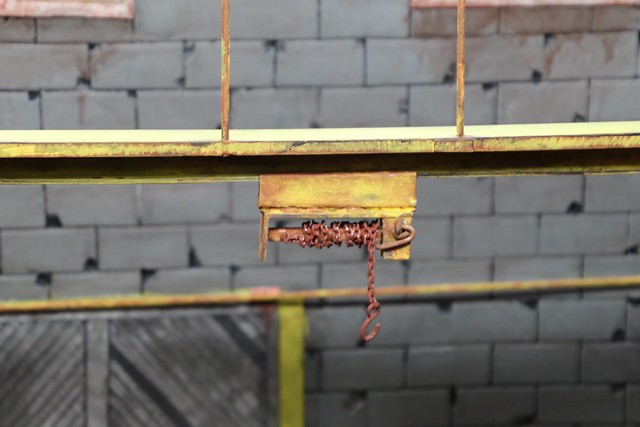 A close-up of the winch under the moving platform. This one was a labor of love. It was rebuilt a few times to get the right look as well as being sturdy enough to work and not break. 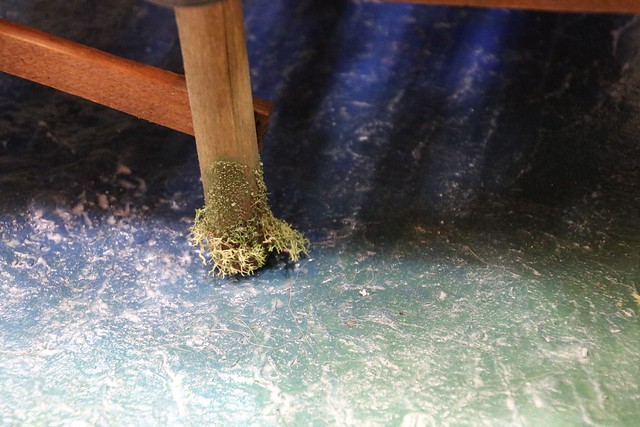 The water was a problem for me. I used a piece of pressboard. In my initial investigation on how to make the water, I saw someone use clear silicone. I painted the base and spread out the silicone. It looked nice, but it never dried well. It stayed sticky after a few weeks of drying. If I ever got anything on it, it stuck. So with lots of art supplies stuck in the caulk, I had to cut it off.

I ended up laying down a layer of plaster of paris and tapping it with a gloved hand. It ended up with a great texture. I added color including blues, green and black. After the paint dried, I coated it with a layer of gloss Mod Podge. That gave it a great shine and left a bit of clear residue in the waves to give even more of a definitive texture. 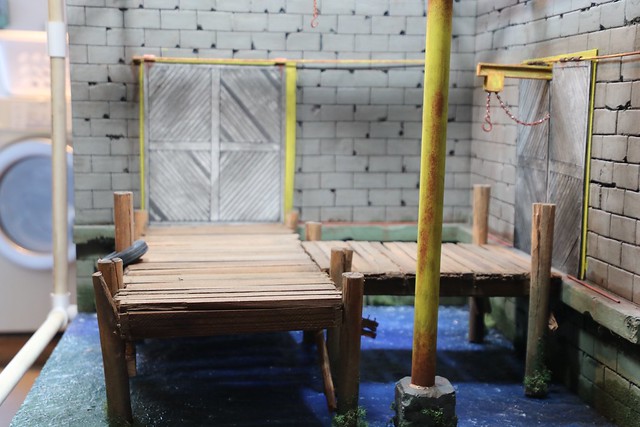