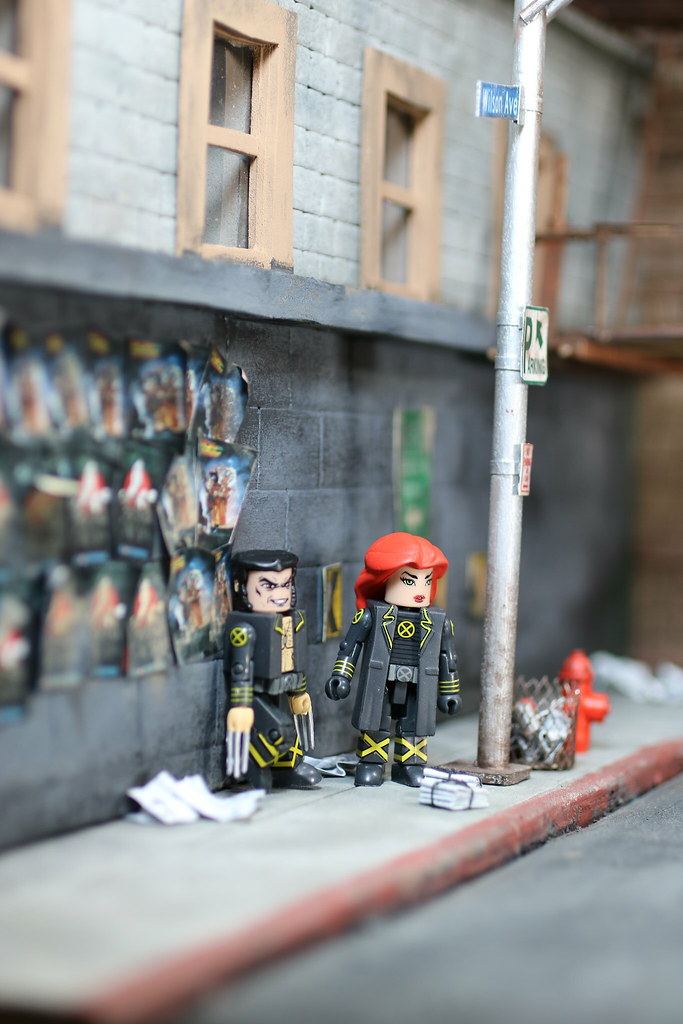 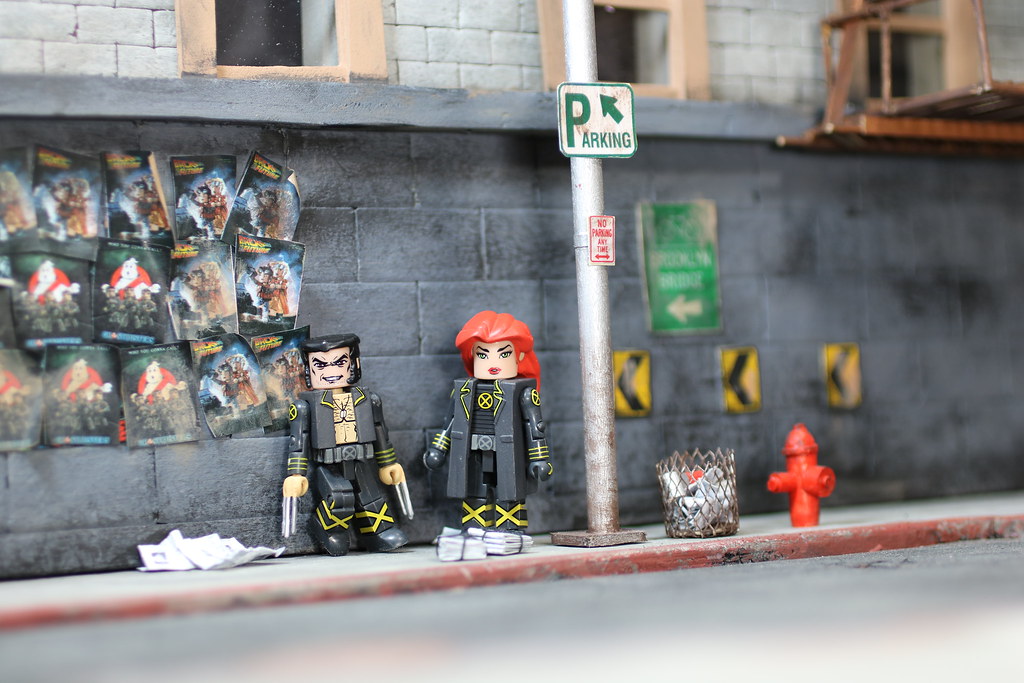 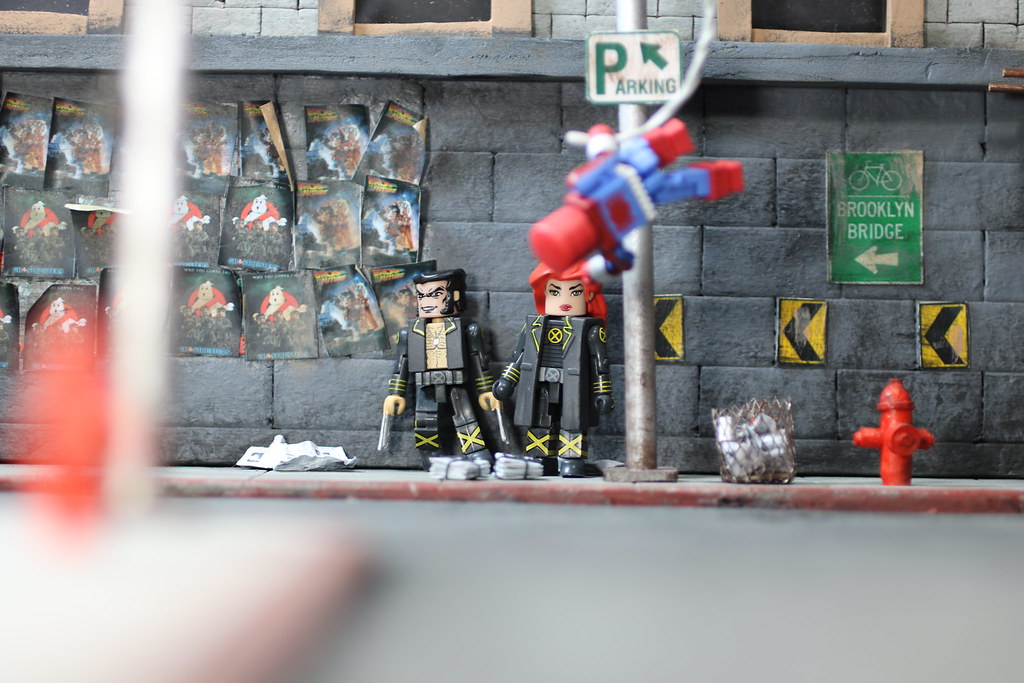 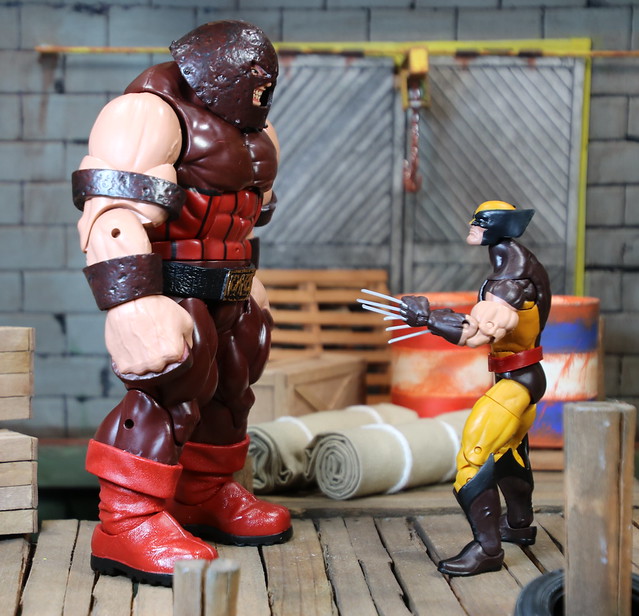 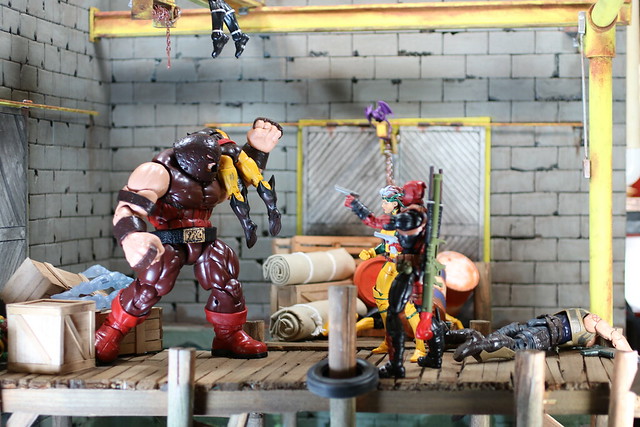 Oof, this figure is rough. I was not expecting her to be good, but she is pretty weak.  The paint is the best thing she has going for her.  The phoenix emblem is well done, and there is a good contrast between the green and gold.  It gets really sloppy around the hair, spilling onto her skin.  It is really clear the hair is just placed on her head, and is not a part of the sculpt.

This funky pose was all I could do to get her to stand on her own.

She is on the terrible skinny woman body. I HATE the skinny body. It has tiny feet, and cannot stand worth a darn. On top of that, they gave Jean a mess of terrible hair that is a giant plastic blob. She is top heavy!! Come on! You can’t make a figure skinny and then make it top heavy. Not Cool!

She comes with no accessories, so other than the Juggernaut piece, I think Phoenix is pretty worthless. I am starting to like the previous figures I said I would skip, more and more. At least with the other figures, they could stand and pose. Not much we can do with this skinny one. Ugh!

Up next, we are moving onto the big guns, and they do NOT disappoint!!!

This is a fun set. It is all 90s era characters, in the styling of the great Jim Lee. There are two main parts of the set, the good guys and the bad guys.

The Bad: Black Queens Jean Grey and Selene and their Hellfire Club Guards

Hmmmm…. 4 boys and 4 girls. 4 good and 4 bad. This is kind of the perfect ying and yang set if I have ever seen one. I don’t know of any toy wave outside of anime/manga figures that has such a high percentage of females in a wave.

I had to get this wave on the internet since it was not available in the stores. If you are fan and collector of the MiniMates like I am, then you have had your brain scrambled trying to figure out the different waves as well as the sets being sold at Toys R Us.

Scott comes with alternate hair. When his visor is removed, he has on red sunglasses. Jean has the typical 90s hair. It is really big. It is so heavy, it was really hard to keep her upright for the picture.

Beast comes with an alternate set of hands and feet that are more of the standard size of MiniMates. Rogue has the 90s hair as well. Her hair is also very heavy.

Jean Grey is delightfully beautifully deadly looking as the Black Queen. She comes with a Hellfire Club Guard that is the same with the Selene figure. We tend to get two figures after getting the variant set, but at least in this set the double figure we got was one we could use a few of.

Selene is looking evil in this set. She and Jean both come with a whip, and their guards each come with a nice silver machine gun.

This is a very nice set indeed. These are 8 very nice looking figures, and they have very nice costumes with a lot of details.