There was a long dry spell of no new Legacy Power Rangers in the stores. And then all of the sudden, The second half of Wave 3 (In Space), the entire Wave 4 (Zeo and Dino Thunder), and even the first part of Wave 5(Zeo and Dino Thunder continued), started to hit the stores. Mostly at Walgreens, but I have more recently seen them starting pop up at Target, though once again they are a little too late.

Today we are looking at the last two figures of In Space, Blue Ranger, T.J. and Black Ranger, Carlos. As with the majority of the figures in the Legacy line, the figures share the same body, with a new head. We get the same articulation over all of the figures. The articulation is pretty good overall. A few places that could be improved, like the neck and the hips, but they are pretty solid overall.
These guys come with their Blade Blaster and a holster.

It is fine with me, because the Astro Megazord is an outstanding figure. The details are the best of the released Zords so far, and it would be hard pressed to find one better in future waves.

Now we have three complete Zords. Astro Megazord joins Dino Megazord from Mighty Morphin’, and the first released Storm Megazord. These Zords are a lot of fun to play with. 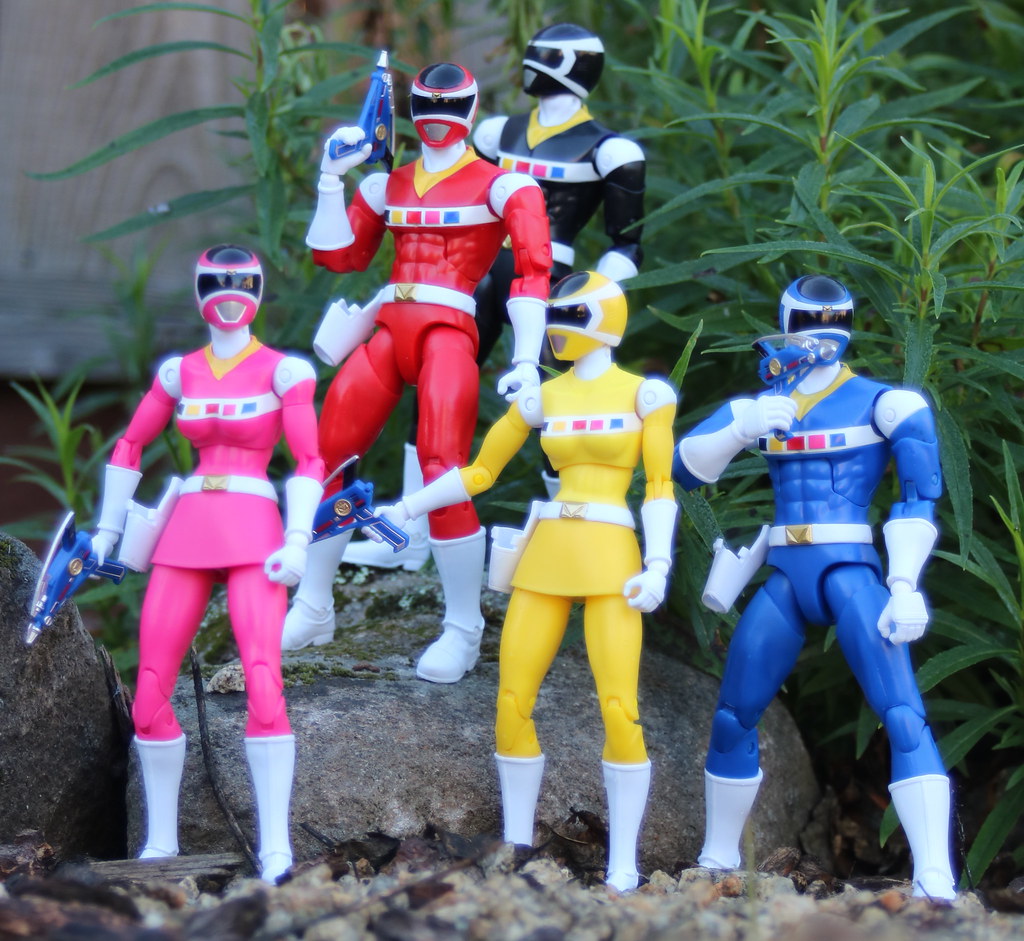 I am happy to have another complete set of Rangers. It is very exciting to get complete teams of some of the older classic teams that we didn’t get the great articulation for earlier on.

These poor Rangers don’t have much work to do. They are Rangers without enemies… for now. Bandai has announced that the Psycho Rangers will be in Wave 7. I can’t wait. For one, it will give the Rangers someone to fight with. And two, the Psycho Rangers are going to look awesome! We haven’t seen actual pictures yet, but they were really cool in the show, so they have to be cool in toy form too.