It’s Angela, of Spawn fame. In that universe, she was an angel and bounty hunter. She and Spawn fought against one another and together a few times. In the real world Todd McFarlane and Neil Gaiman went to court over who was the rightful owner of this fantastic lady. Well, Neil Gaiman won the real world battle. He would later sell the rights to Marvel.

From there, Marvel created a backstory where Angela is actually a daughter of Odin, therefore a sister to Thor. She is known as Aldrif Odinsdottir, but that is a mouthful, so we’ll stick with Angela. In the Age of Ultron storyline, she met up with and was attacked by the Guardians of the Galaxy. Welcome to your new universe. This is where the tie-in comes that allows us to feel okay with her being added to this wave of GotG Vol.2 figures. 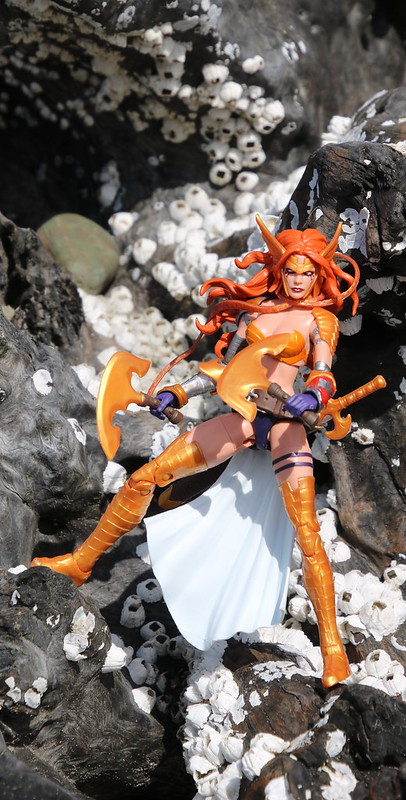 Her body mold, and paint work are fantastic. She has a nice strong body. I am hoping we are continuing to move away from that skinny female body we saw for so long. Her hair is blowing in the wind, which is fantastic, and generally typical for how she is drawn. 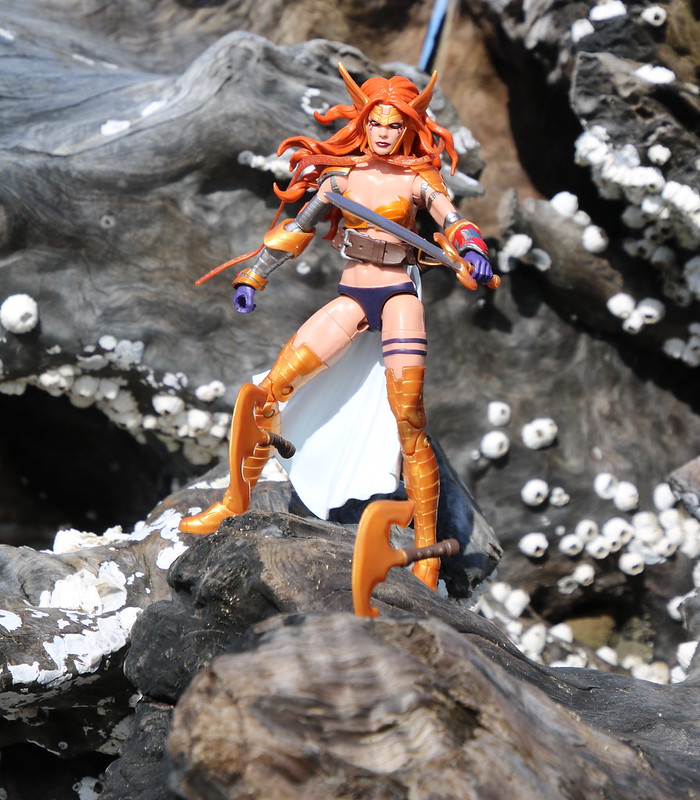 She comes with two axes and a giant sword. The sword has a sheath that is on a belt around her waist. She has some added armor around her elbows. Those pieces tend to move around a lot, and don’t really stay in place. It is a similar problem we had back with Rogue and her boot tops. A very minor problem for a great figure.

Well, this is the first comic figure of the wave, and she is really well done. It is great to get a figure that has such a rich history, both in comics and the real world. I love that Hasbro spent the time and energy on making her, and getting her into our hands. It has been 4 years since her introduction into the Marvel Universe, so it is about time. There are plenty of others who have never seen the light of day in plastic form, but this one is out, and she is great!