I got done with my look at the new Target Exclusive AT-ACT Driver, and realized that I had never looked at the Scarif Trooper. What an oversight on my part. I had looked at the initial release of the Squad Leader that saw general release, but the troop builder figure only saw release at Walmart. That is a pretty strange way to go about selling toys, but whatever. I don’t make the rules.

Being that finding the exclusives for Walmart are super hard to do, I had ordered them online, since I knew it would be way better to just go that route and not have to travel around to see if I could find any (which I never did). 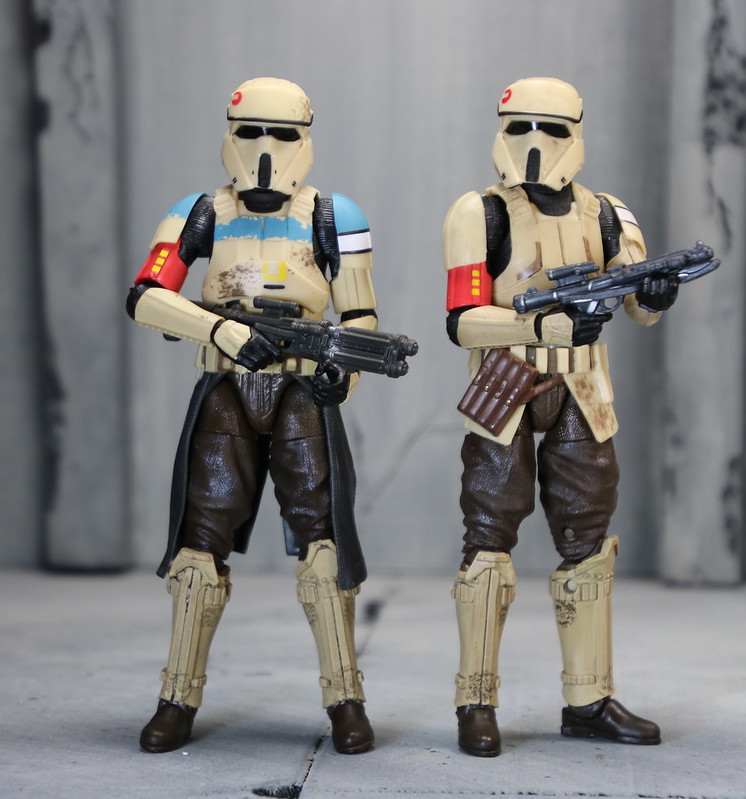 So my box showed up with 3 troopers (best deal to get free shipping). They are very similar to the Squad leader, but with a different belt that does not have the long blue skirt, but instead has a shorter off-white skirt. 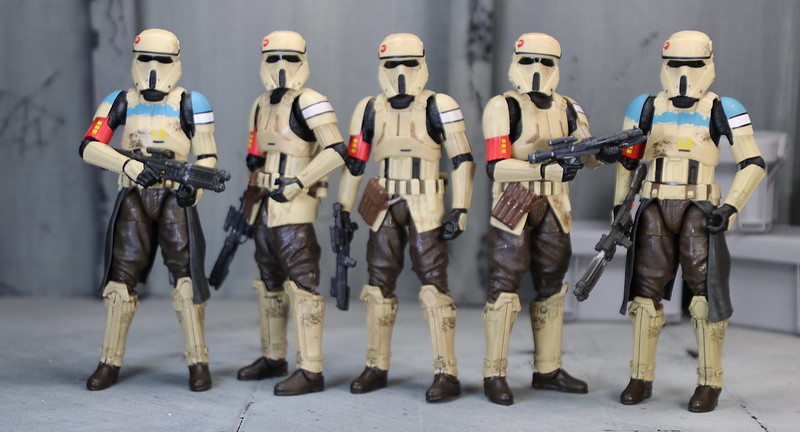 I really like these troopers overall. Their paint apps are random, so they don’t all seem to have the same dirt and scuff marks in the same place. Troop building with these guys is fun. 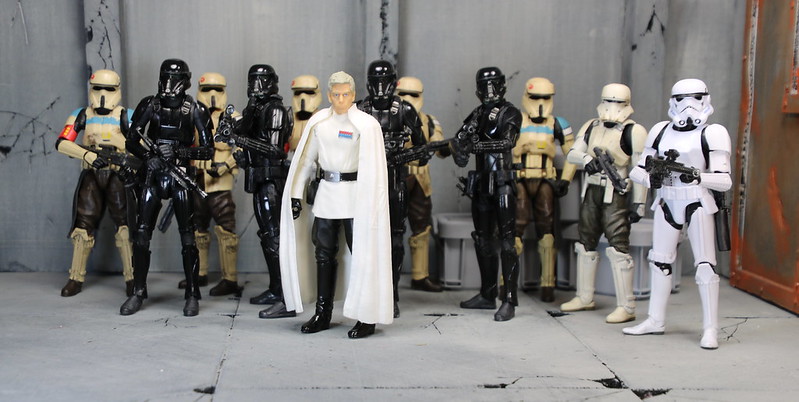 As of the time of this photo shoot, I had 5 Scarif Troopers, 4 Death Troopers, a Hovertank Driver, and a Stormtrooper. That is a goodly number of troopers, but more than that, it is an interesting looking bunch. If for no other reason, Rogue One expanded the universe of the Troopers, and we have more to look at than just a bunch of shiny white dudes, and an occasional Speeder Bike driver (who I have, but somehow didn’t make it to the shoot. That is definitely my bad on that one).