The Spider-Verse is ever evolving. Old players come back. Sometimes for the better. Venom was a pretty old character. They did whatever they could to keep him relevant. But a homicidal symbiote alien can only do so much. He can take over good guys, bad guys, make alien children who are worse than he is. What do you do when all of that is done? You make him a good guy. Agent Venom is his name, and the suit is worn by none other than Flash Thompson. Wait what? Flash Thompson, the jerk that picked on poor teenager Peter Parker is now a good guy? He cleaned up his ways, went off to the military and became a good soldier before losing his legs. 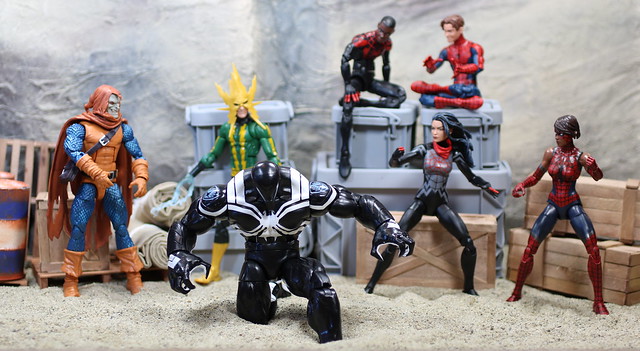 Thompson and the Venom symbiote found their way into space, and a bit of adventures, with Venom being taken over with mind control. Finding their way to Venom’s home planet of Klyntar, the other Klyntar helped cure Venom of the craziness, allowing Thompson to tap into the full potential of Venom, creating quite a fine space faring knight, and an intergalactic ambassador of Earth. Can’t say I ever saw that coming from way back in the day when I first read the original comics of Spider-Man and Venom’s run-ins. 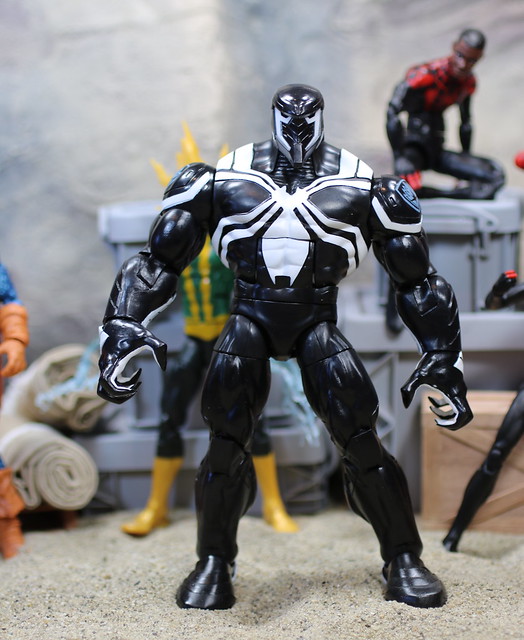 The figure is exactly what we want with a Build-a-Figure. He is a big boy. Strong and muscular. He as fairly good articulation. Most of the super-muscular guys tend to lose some of the articulation that the slight figures have.

He is mostly black, to no one’s surprise. He has his white trademark spider on his chest. Changing a bit from the original design of Venom, this version has some extra white detailing around the shoulders, and white on the insides of the hands. He still retains the white on the back of the hands. He even has white running up the back of his calves. Hasbro really did to a nice job with the paint this time around. 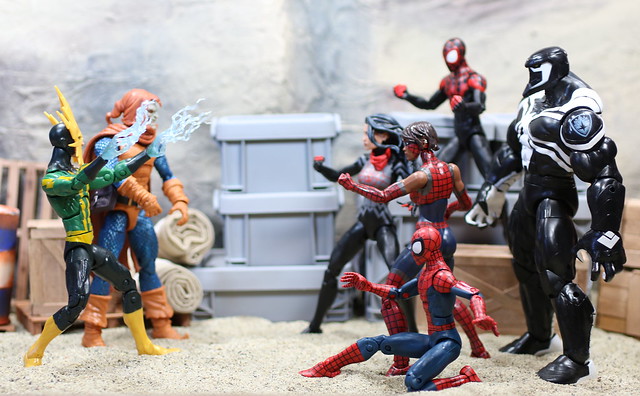 For his head and neck, it looks more like armor plating rather than organics. His head looks like a helmet with a strong brow and an equally strong jaw. I was surprised by how pointy the chin is. The ultra creepy eyes of the past are gone and what remains are white outlines similar to Agent Venom, with lines that bleed down his jaw.

This is a great finish to this wave. We have had quite a few BAFs from the Spider-Verse. Rhino was the biggest. Finally there is someone who can take him on face to face. Let the battle begin!