First off, I cannot believe how shiny this guy is. That was my first impression, and every impression I have had since.

The details on this guy are fantastic. From the new helmet to the very well done armor. All the way down to the under-padding around the knees and elbows. 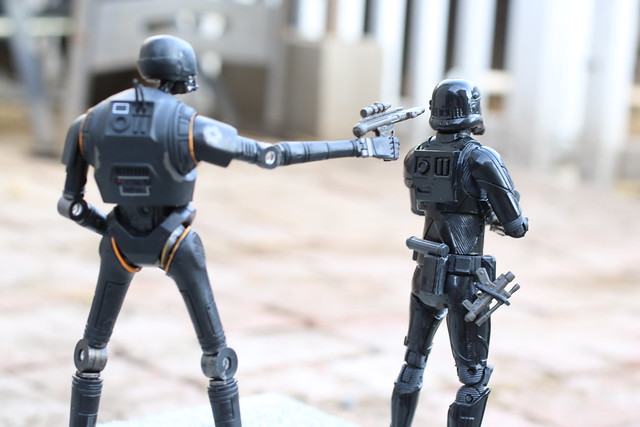 He is of course Hasbro, so they have knocked it out of the park with the articulation. He has good movement all around, and I suspect some better movement than the actual real-life characters.

He comes with two accessories. As a Death Trooper, you cannot have one gun. You have to have two. A smaller gun, and a bigger gun. Kill them and then kill some more. And do it while looking pretty bad@$$ in your black armor. 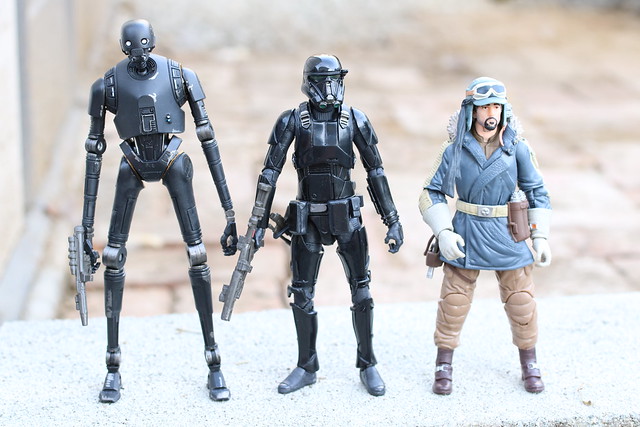 Everyone has been pointing out, and it needs to be noted again, that this guy is tall. Not K-2SO tall, but still, very tall for a Stormtrooper. I can’t help but wonder if there is more to these guys than just being guys in armor. 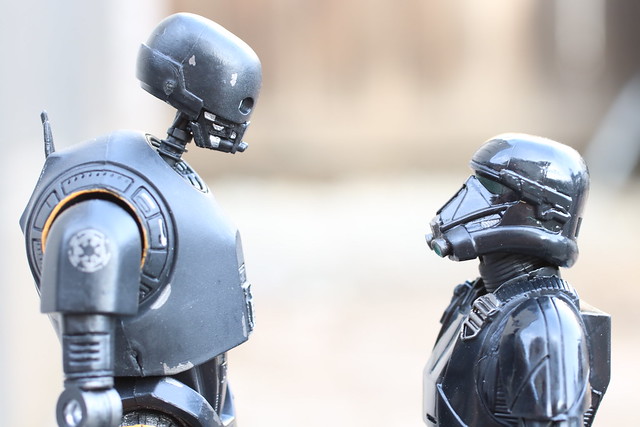 I like this guy so much that I saw a second one and got him too. I do not go out of my way to buy extras of figures very often, but these guys are pretty awesome. I just wish Hasbro had put out a new Stormtrooper to go along with these guys. I know we are getting inundated with new Imperial figures as we move closer to the movie, but I need some standard Stormtroopers now, and I only have one.