I was really looking forward to the Juggernaut Wave. This was a killer set of figures, with a few others that were a pass, except you need them to build Juggernaut, so I had to get them all.

First on my list was a long-time love of mine. Going way back to 1989, I picked up my first two comics at a convenience store. One was Excalibur #16. On the cover is a space scene like none I had ever seen before. Kurt Wagner with all of his blue skin showing, along with a trio of women. One of the women was none other than Kitty Pryde, though she was in armor in this picture. In the issue there are some clothing changes, and Kitty showing her shy side while she is given a very scant outfit. Well, that was it for me. She would be forever one of my favorite Marvel characters.

Now we get her in all of her plastic glory. We did see Kitty back in 2006 in the nearly impossible to find Giant-Man Series that was a Walmart Exclusive. Time passed, 10 years in fact, and we get her once again. This one blows the other Kitty away, so waiting was the right call.

Kitty comes with Lockheed, her ever-faithful dragon protector and friend. He is small, cute (but not too cute), and sits on her arm. It isn’t very easy to get him to perch on her arm, nor does he want to stay there long.

Her outfit is based on her current design. It is almost the same as her original design way back when she first joined the X-Men. Her outfit is detailed with a belt that is lose on her waist. She went through a lot of uniform changes over the years. There is a great article about it here: http://13thdimension.com/x-men-week-the-crazy-costumes-of-kitty-pryde/

Kitty looks super cute. Her face is just right. Cute youth with a well done sculpt. She has some bangs added to the front, and a long ponytail in the back.  The only problem I have found with her is that her head sits a bit high on the neck, so there is a pretty big gap between her neck and the back of her head.   Only a problem from the back though, so not a big deal. 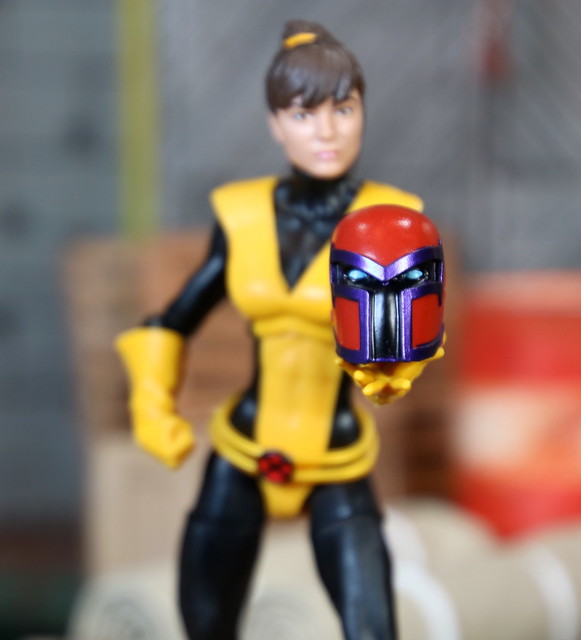 She comes with one other accessory in the box. For what I think is the first time, we get an accessory that goes with the previous series. Kitty comes with the helmet of Onslaught. 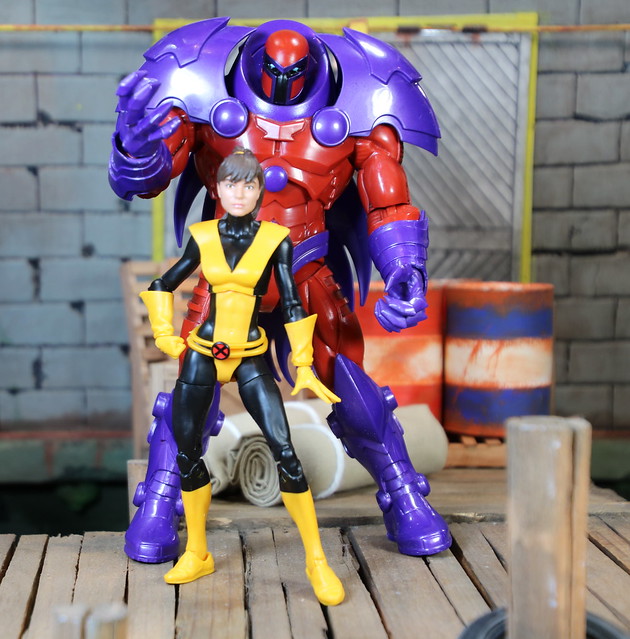 So now you can turn Red Onslaught into Onslaught with his Magneto helmet. Boy does he look tough with that helmet on. I Hope Kitty can find some friends to help her deal with Onslaught. 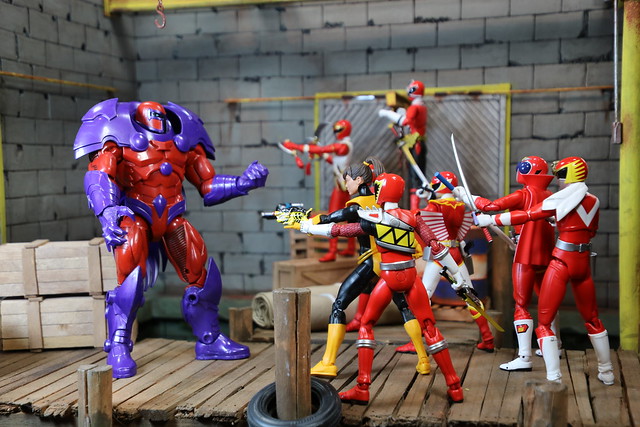 This is a great first character to the series. I am looking forward to getting the rest of the series opened so I can play with them. There are a few I would have skipped, but as I said before, I really want the big Juggernaut, so I had to get them. I will look at them with open eyes, and I usually like the Marvel Legends, so I am sure I will not be disappointed.