Venom is one bad dude. The original symbiote. He looks like he has taken over the muscle bound Eddie Brock in this form. He comes with a pair of heads that give him different looks.  I love the smiley face head. I think Venom is way creepier with the sharp-toothed smile.

In the other version, he has his tongue out and slime is dripping out of his mouth. Can’t go wrong here either.

I think this is the most successful of the symbiote characters that we have seen lately (not including the Ben Reilly version which is a different level of cool). He looks very proportional, unlike the others we have seen that are a bit off. Sometimes simpler is better, and this is one of those cases. 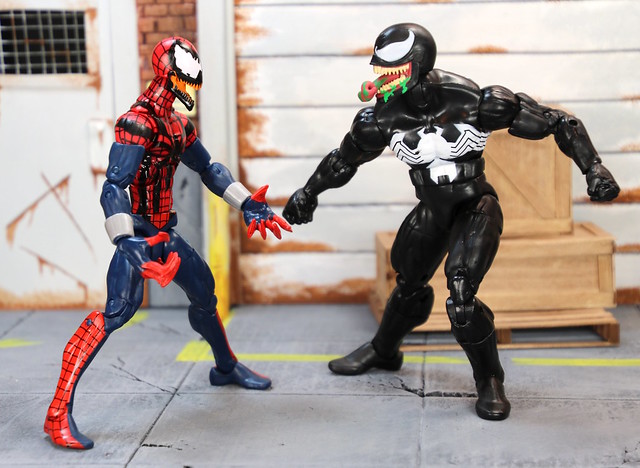