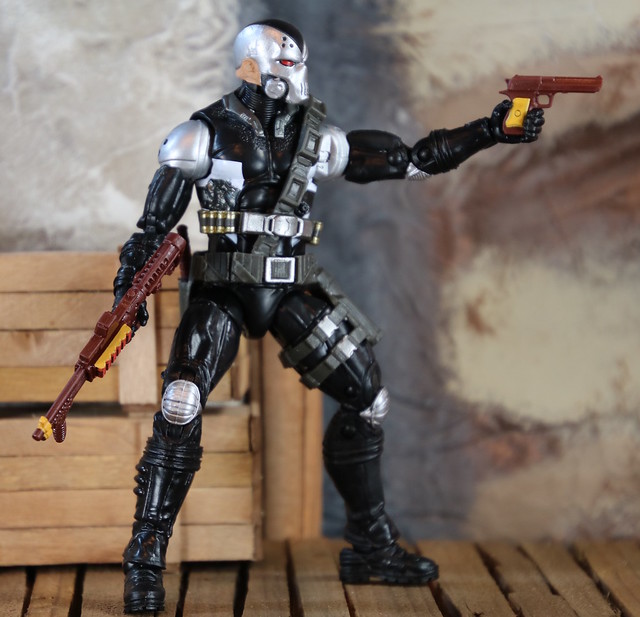 Sometimes these bad guys have so many names, nobody knows what to call them. On the box, he is listed as Demolition Man. Technically he IS Demolition Man, but he is in the gear of the new moniker he has taken on as the new Scourge. So, I think the packaging is wrong, and he is actually Scourge. Maybe Hasbro wanted to go with a more definitive ID of who was under the mask of Scourge, since another Scourge named Nuke is coming out in the Civil War Wave next. They didn’t want people to poo-poo the idea of having two Scourges in two back-to-back waves. Either way, he will be known as Scourge from here on out.

This guy is bad-@$$. He is everything that is right and perfect with the Marvel Legends line.

Starting off with the body. It is a fairly standard body at first appearance, but looking closer, it is anything but standard. There are so many great details going on all over this guy. He has amazing details in the legs, most notably around the boots. His torso up around his neck has some interesting details too. 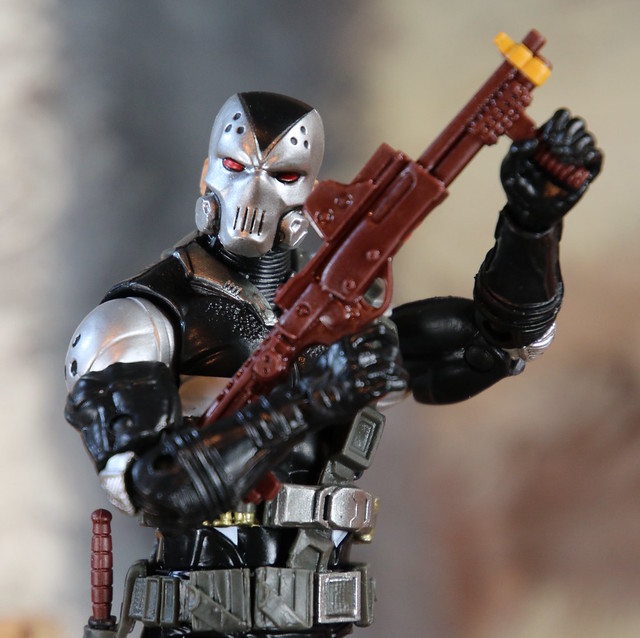 His face is the best part. The mask is outstanding. It looks to be both functional and meant to intimidate. A breathing apparatus as well as maybe something going on with the eyes, like night vision or IR.  His costume is added to by the double belt around the waist with the bandolier that goes across his shoulder. He also has a holster on his left leg that matches the belt. It is a really good color of grey. It doesn’t stand out, or break the overall look of the body, but it adds a bit of extra color that really makes him standout. 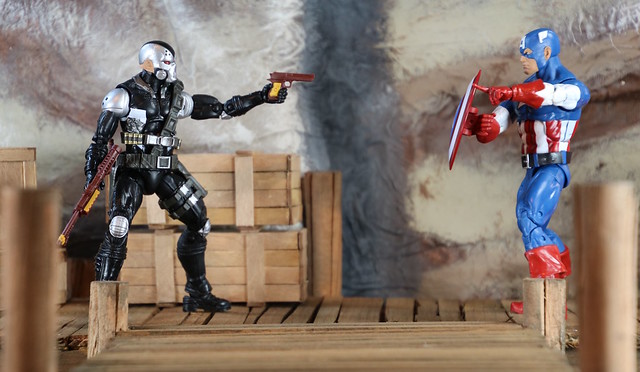 Of course what makes the best Legends in a lot of people’s eyes are the accessories. Some of the more powerful characters don’t need accessories since they punch and claw their way out of a fight. In Scourge’s case, he brings the firepower with him. He has a tactical shotgun, a hand gun, and when things get really bad, he can pull his knife. And to make things better, the handgun and the knife both have a holster and sheath. Can’t ask for much more than that. 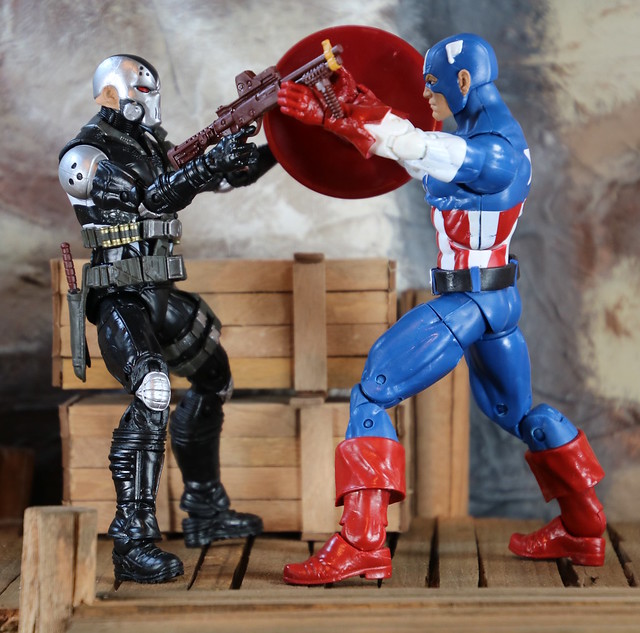 As the first bad guy of the wave, he has a good line of S.H.I.E.L.D. agents to go up against. He looks like he is more than ready to bring the fight to the good guys, and lay a little hurt on Cap and his team. 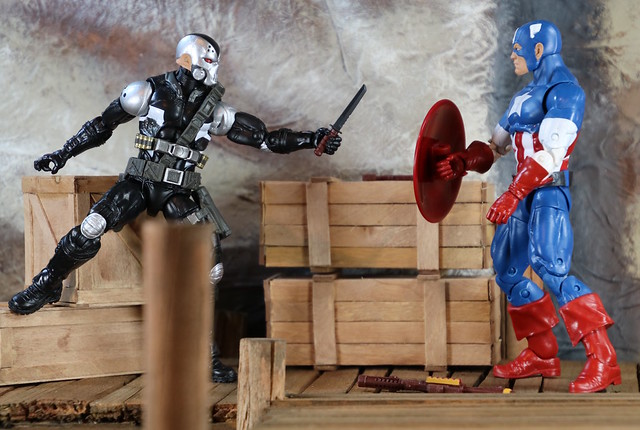 Or maybe he could use a little backup of his own… 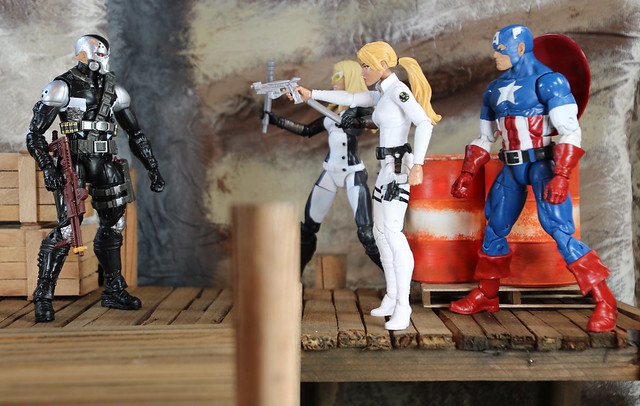