We are going into the Way-Back Machine here. 2005 to be more precise. Toy Biz was the company, and big articulation was their game. They focused on giving us good figures with lots of articulation, and some extra paint. Most of the time what they gave us was brilliant. They had some things to work through along the way, like the ball jointed hips that really stood out as strange and weird. That is when function won over form, and hurt the overall look. 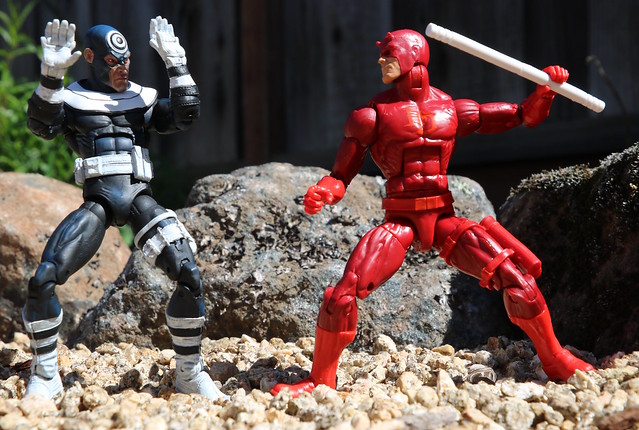 They also went with super articulation in the hands and gave us articulated fingers. Now, for grasping, that was quite fantastic. Making a fist is a lot harder with straight fingers. You get guys who look like they have never thrown a punch before. 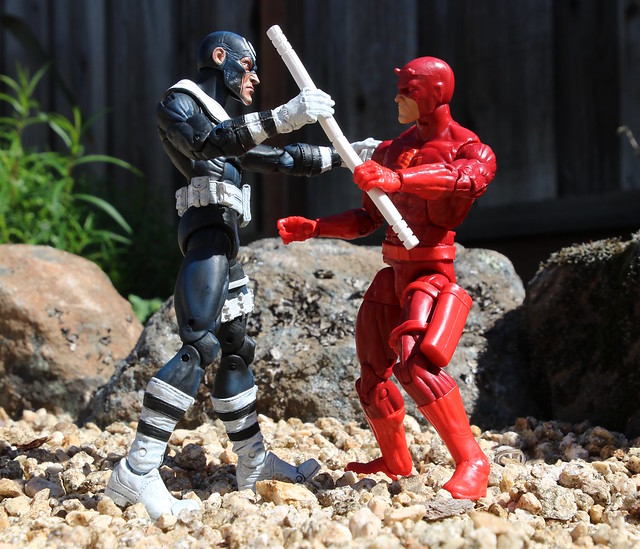 Bullseye came across my radar, and since I wasn’t really collecting Marvel Legends at the time, except for getting all of the parts to the most awesome BAF of all time, the Sentinel. I figured with a couple of great Daredevils that came out at the end of last year, it would be good to have a Bullseye for him to fight. 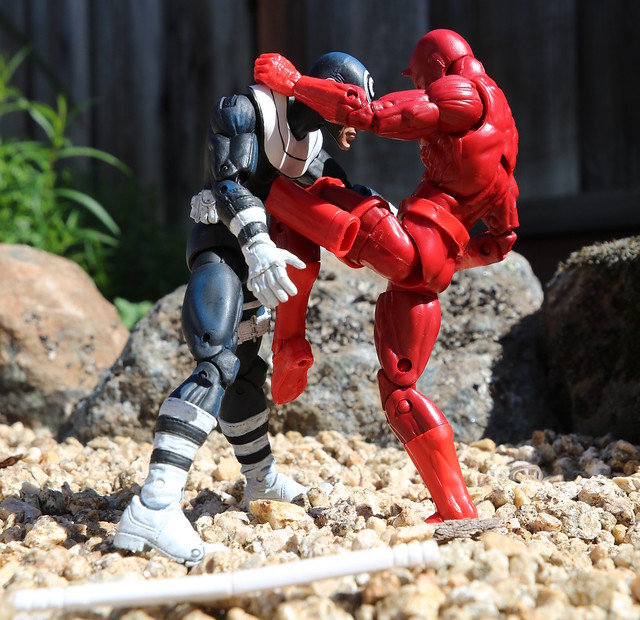 Overall I like this guy. He is well artuculated as he should be. He has great paint apps that help to tone down the white. I really like all of the pockets and pouches he has all over the place. It adds a lot to the outfit. 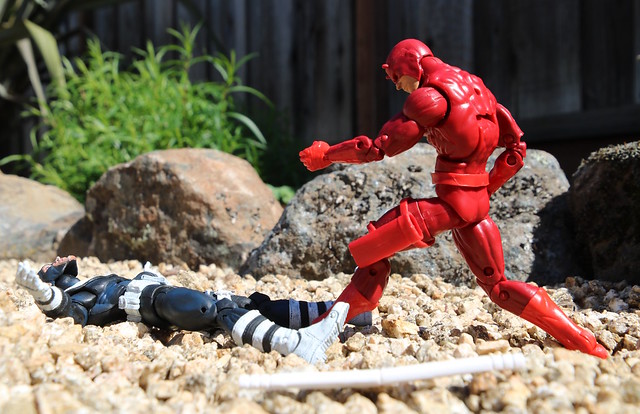 I don’t know how many parts of Galactus I am going to end up collecting for this one. The prices for this very first BAF series is up there pretty high.