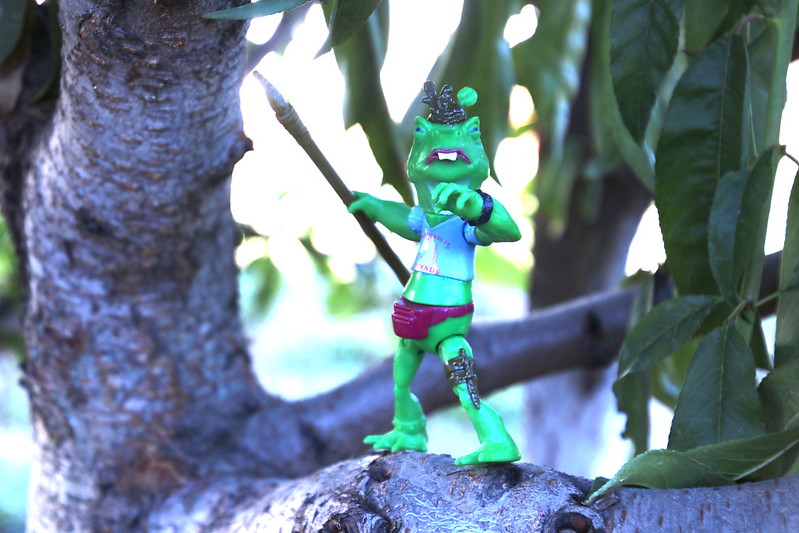 Napoleon Bonafrog was a hard guy to get a hold of.   There are still season one figures warming the pegs, but it is rather impossible to get my hands on some of the newer guest characters.   I am not fond of the previous season of TMNT,  where the Turtles spent their time on the farm, and running around through the forest.   There were some highlights, like the Vision Quest episode that gave us the Mystic Turtles.  Mostly there was some really strange stuff, like the mutagen car that tried to eat Casey Jones.   A few of the characters did stand out, and those made it to the shelves…presumably.   I am still looking for the Dark Dream Beaver, but it looks like they are listed on the back of boxes, but coming out much more slowly.    We end up with a lot of mixed story lines in waves.  We got Dimension X (space suit) Turtles, while we are still waiting for figures from last season.  So, things seem to be weird there. 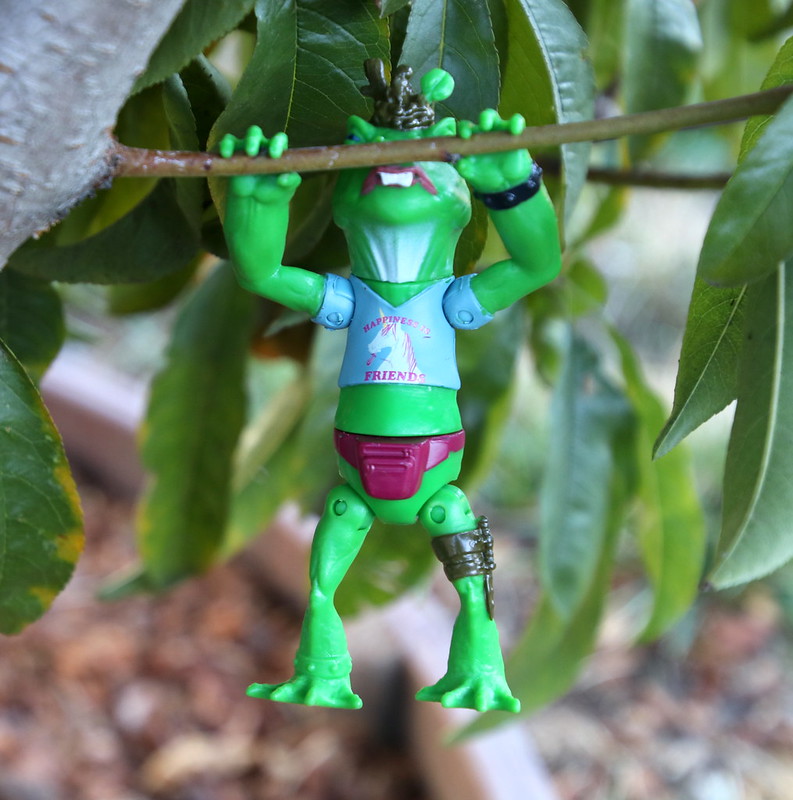 Napoleon Bonafrog is a character that really stood out in the last season, since he was pretty much an homage to Napoleon Dynamite, and had him pegged to a T.   The figure is a pretty good representation, but that does not mean he is perfect.    Look-wise, he is great.  He has the mannerisms, with the great face, the giant forearms, and the fantastic clothes that include his unicorn shirt that says “Happiness is Friends,” as well as his amazing fanny pack.  Not to forget about his mud hat, that looks like a poop hat.  He comes with one accessory, his “Razor-Sharp Spear.” 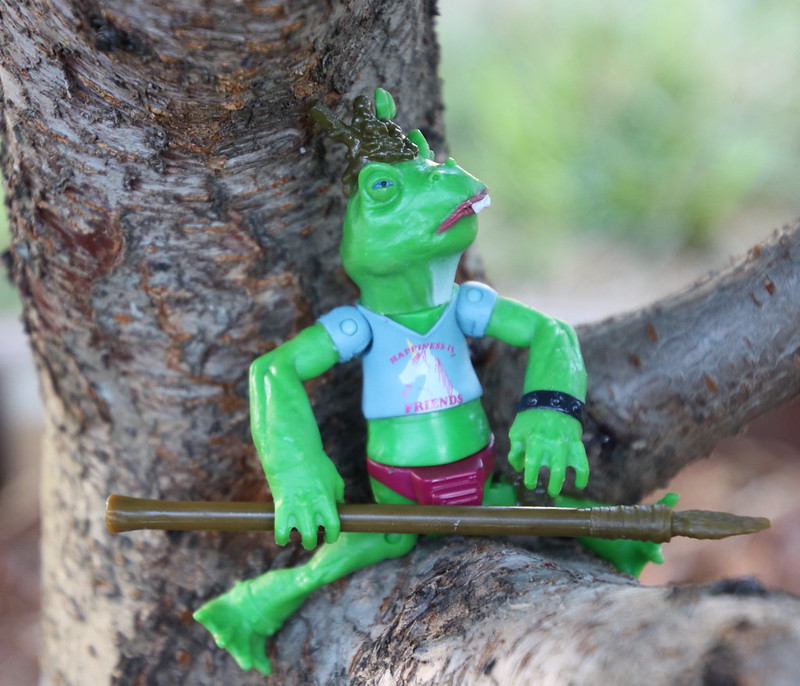 The articulation is a bit wonky.  He has strange shoulder and hip joints that allow for swivel and pivot movement, to allow for some range of motion, but it is pretty robotic.  There needed to be one more joint in the elbow and knee to really work well.  He also has neck swivel, which is pretty standard with the secondary characters in the TMNT Playmates line.

Overall, I am glad I was able to find him, and add him to the collection.  He is a bit of an odd figure, and that is a good thing.   I would like to have seen more articulation in the figure for posing and photography, but a lot of these figures have been slight misses here, so you shouldn’t be too surprised.