Who would have guessed that Walgreens would have really stepped up their game with some Marvel Legends Exclusives?  First we had Ant-Man, and now we have the really well colored first appearance of Daredevil. 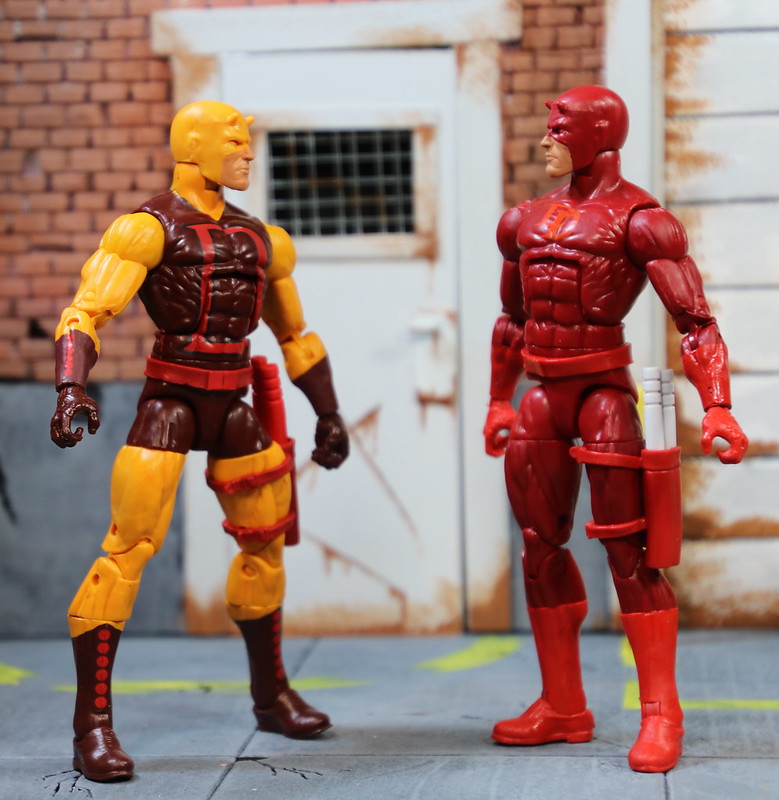 This guy has been blowing up the toy sites, first with the surprise that he was being offered at Walgreens, and then that he would look so good. 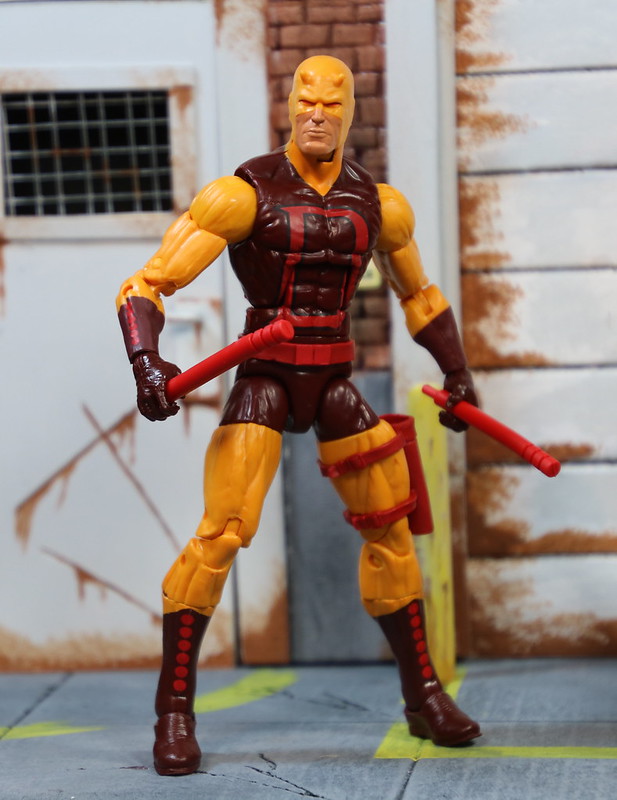 He is a repaint of the recent release of Daredevil in his modern outfit. Really, the big difference is in the paint. It is amazing how they could repaint the guy, and have him look so different. 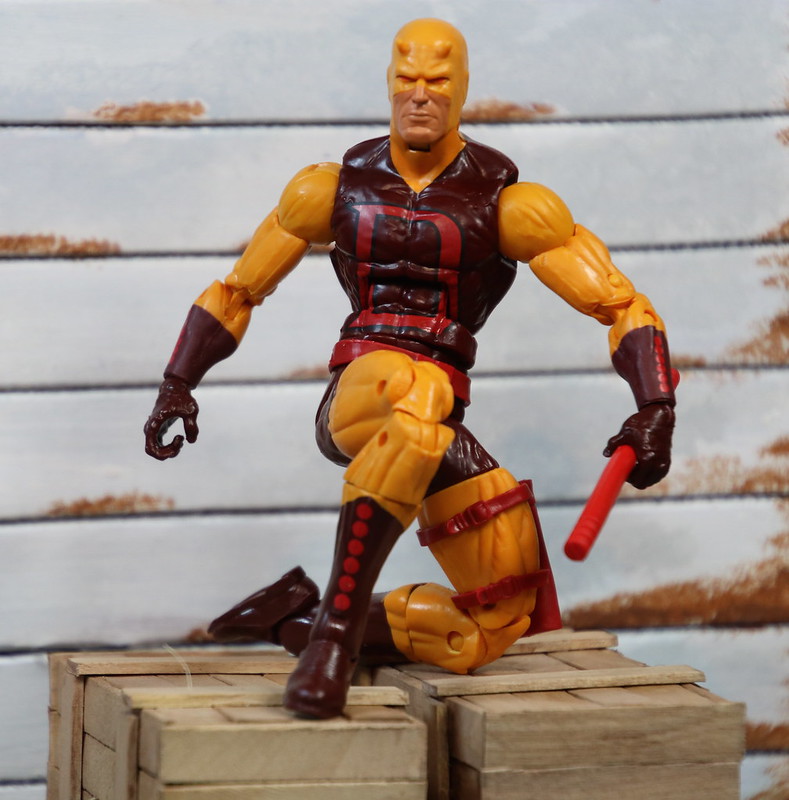 He comes with his batons, this time in red, and this time in a much stiffer plastic than the horrid rubber the last Daredevil had to run around with. 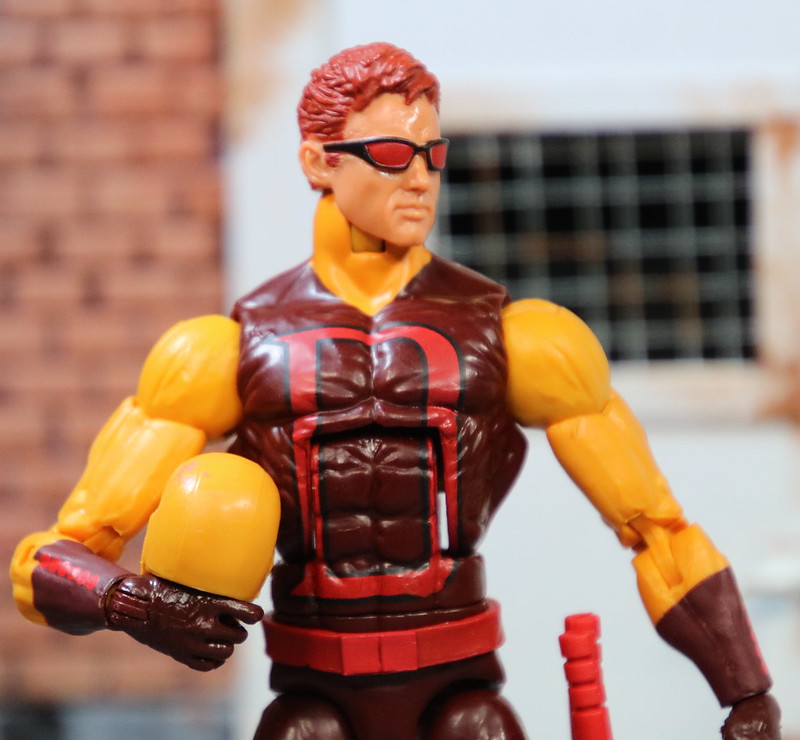 He also comes with an alternate head, which is totally awesome. I have already seen people popping the head on the Chameleon body. Guess Hasbro did a good job here. People are going out to buy a second or third Chameleon body so they can have Matt Murdock running around the streets. Then all they have to do is fabricate a cane. 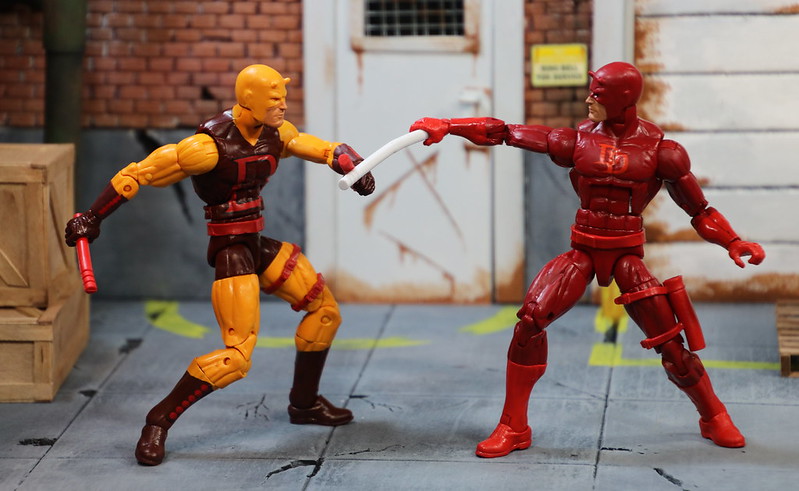 Overall a fantastic figure. A great addition to any Marvel Legends collector’s shelf.