With Scarlet Spider reviewed last night, we are finally up to the head of the Build a Figure.  And we get two to choose from.  A more stoic looking head, and a crazy face.  I like them both for different reasons, but suffice it to say, if you are a fan of taking posed shots of your figures, you will have a lot of fun with the two heads.  Your world of possibilities opens up so much. 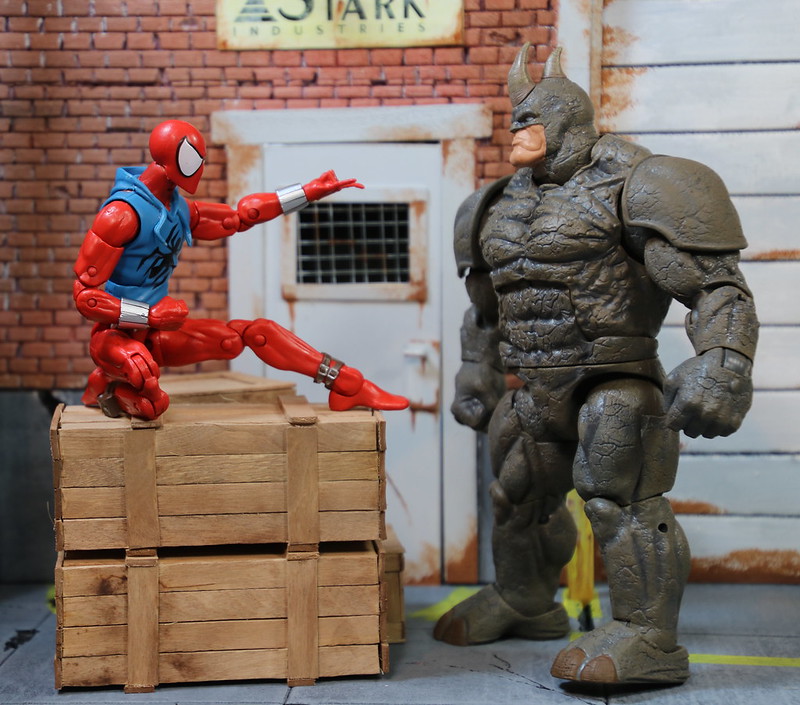 If you piss off the Rhino, you have to face the consequences. 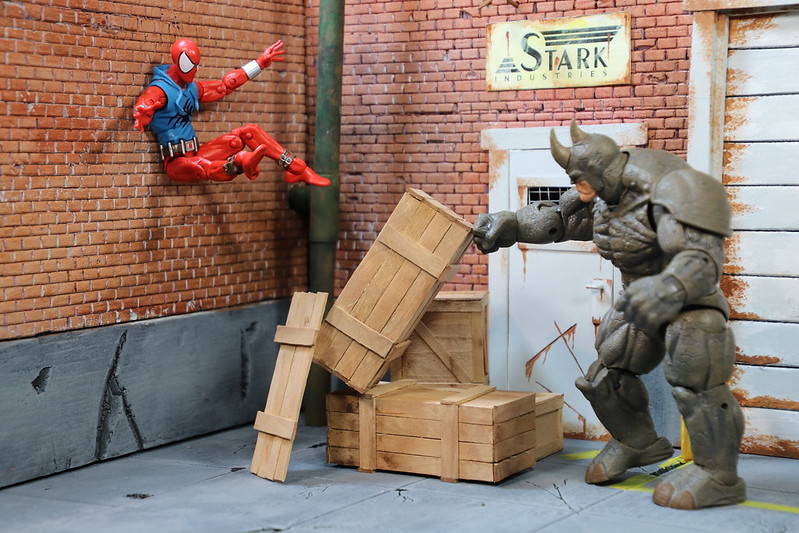 Rhino is a general large scale figure. He has really good articulation that we know and love in the Marvel Legends line.   He is a bit short on articulation in the elbow and knees, but generally the big guys are a bit short there anyway.   He does have great ankle articulation.   The texture on his body is really great.  He has folds and bumps all over, just like real rhino skin should. 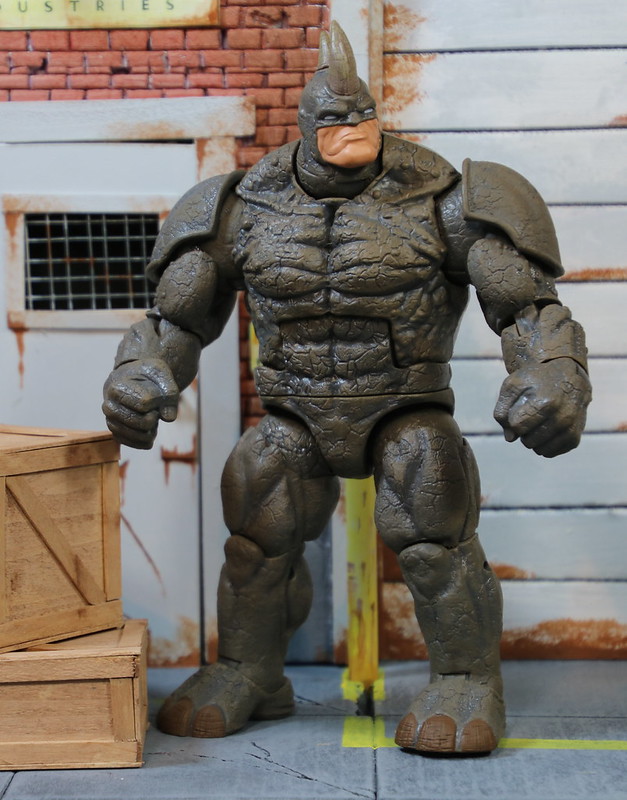 The stoic head, or a s some like to call it, the “I just smelled something bad” head.  I really like this face.  He has a great comic quality to him. 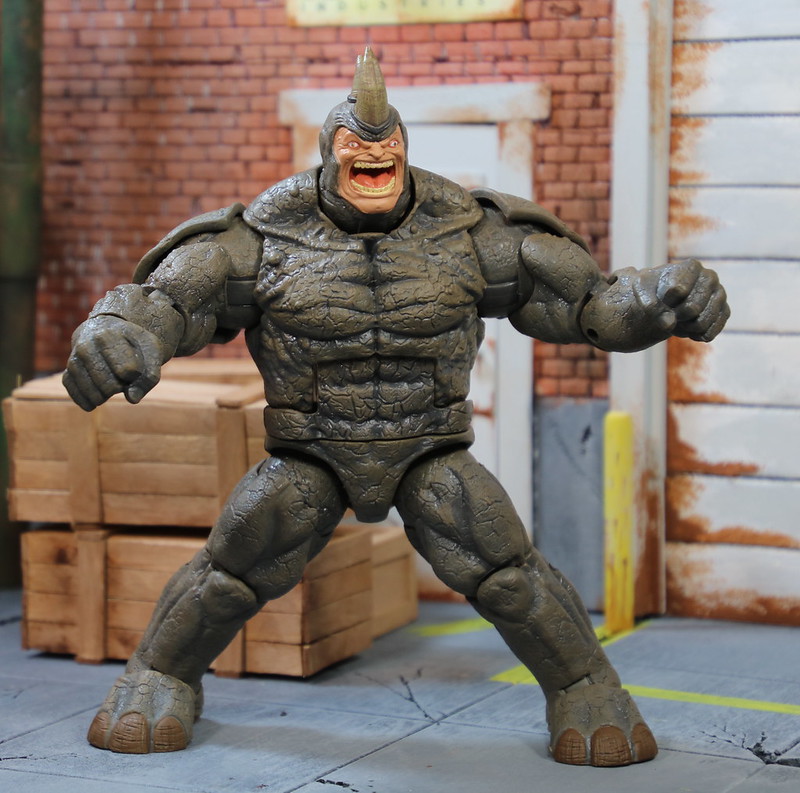 Then there is the crazy head.  I love this one too.  His eyes are bulging out of his head.  His eyes are a bit wonky, but that seems to fit in with the totally crazy look.  Seeing Misty Knight from the same wave, also with kooky eyes, I can’t say this was done on purpose, but I like the overall effect.  He has great wrinkles around his face that really sell the anger. 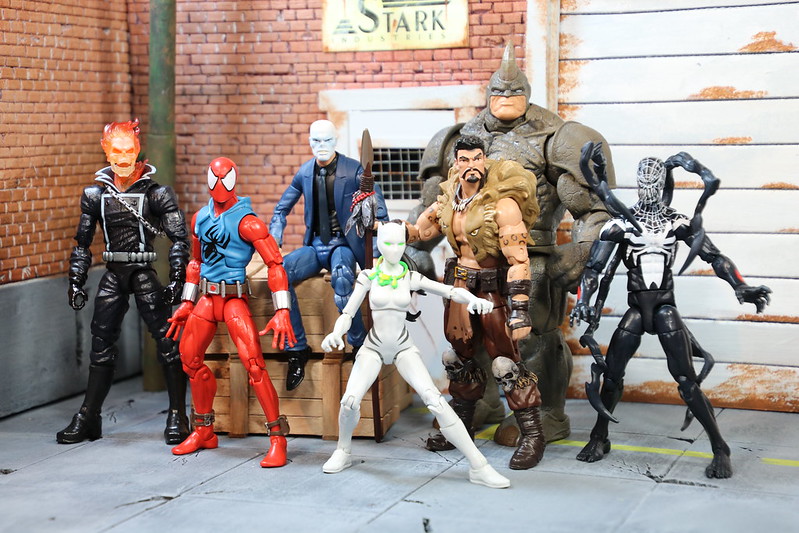 This is a great cast of characters.  They are all so different, and they really bring a lot of fun to a Spider-Man wave that we have had many, many times before. I will probably end up getting Misty Knight at some point, but she is a bit of a peg warmer right now, so I will probably be able to get her for a good deal in the future.   Now, on to the Hulkbuster wave of figures.   They are a bit slow to come out, and that is okay by me.  We have had quite a long summer of Marvel being thrown at us, and it will be good to slow down for a while.  But with figures this good, and a whole slew of new Marvel movies coming out, I hope it is not too long of a while.