Here we are, nearly to the end of the Rhino Series.  They are all in hand, all unpacked, and all of the BAF parts are together.   We are looking at one of my favorite’s tonight, Scarlet Spider. 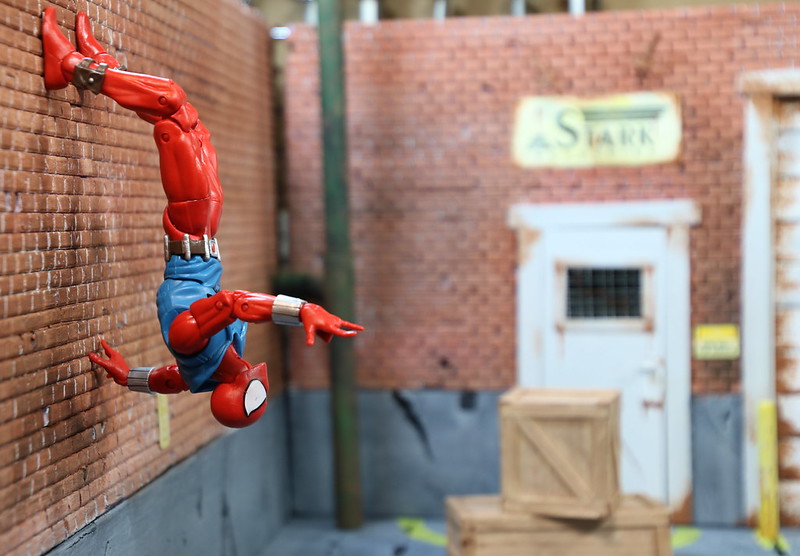 A character that started life as a clone in 1975, he gained his notoriety in 1994 when he donned the red suit with blue hoodie and went by Scarlet Spider. I remember him so well from back in that time. I was immersed in the world of Peter Parker, and was really loving the Clone Saga. Later, Ben Reilly took up the mantle of Spider-Man for a time with another great Spider-Man outfit redeco. It would be great to get that version at some point in the future. If we keep going at this rate, we will probably get every iteration of Spider-Man ever seen on a comic page. 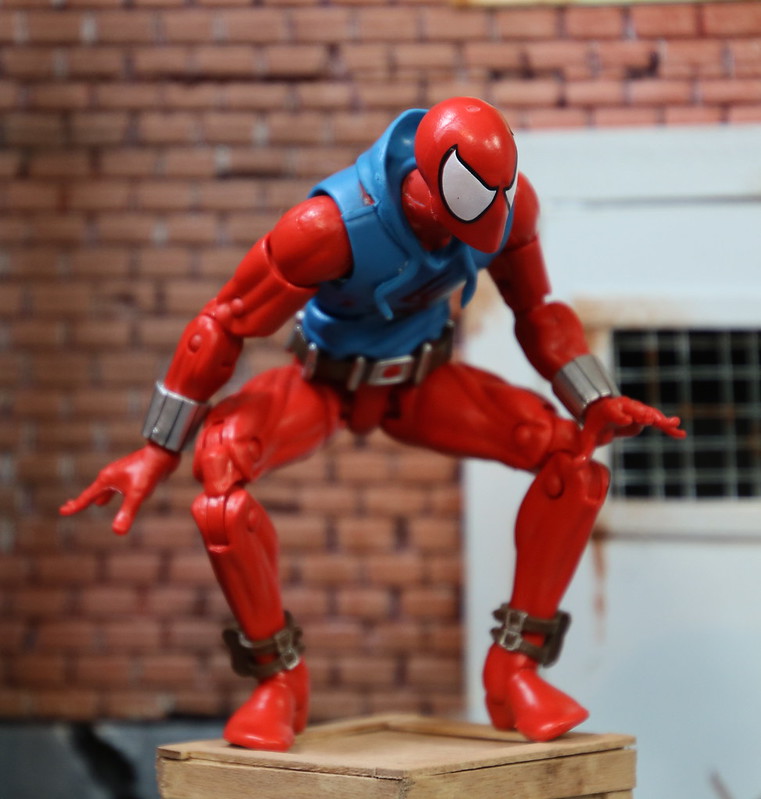 As for the figure, he is just what you would expect from a Spider-Man. Very flexible with all of the right joints. His outfit is a bit more dynamic than the standard Spider-Man outfit. He has the web shooters on his wrists, a belt, both ankle pouches, and of course the hoodie with ties and all. All of that and three sets of hands too boot. A nice haul in a Spider-Man based Rhino Series. 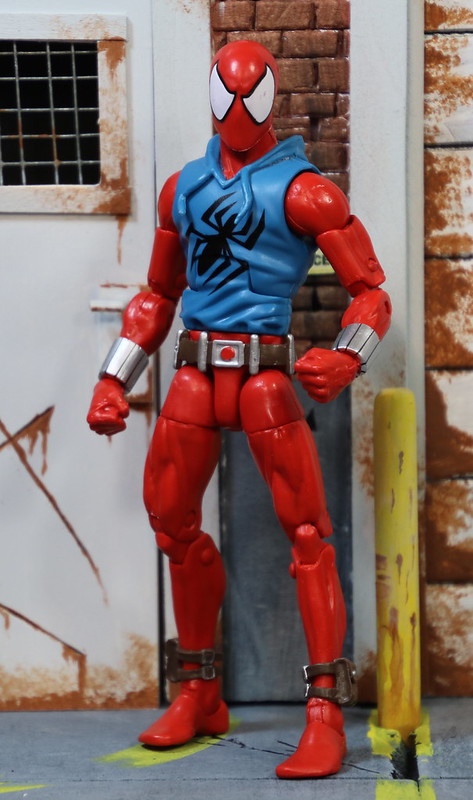 Up next, we will get to the big guy himself, Rhino. Oh what fun we have had with this wave, and the BAF is big and bad, and creates a whole lot of carnage… next time.