Not much going on with extras for Ghost Rider. He comes with Rhino’s leg, and that is it.  But really, what would he have come with?  A plastic chain that looks silly?  Probably.   I think it will be much better to go on a hunt for some real chain in the right scale.  Challenge accepted.

Ghost Rider’s sculpt is one of the best I have ever seen. he is wearing his black leather riding suit. It is hard to make a single color look interesting, but Hasbro has pulled it off here. There is just a bit of white around the chest and neck, but the rest is matte and gloss black.
The creases and folds in the fabric are fantastic. His boots have thicker toes than most feet we see in the MU, but this is totally what Ghost Rider needed. 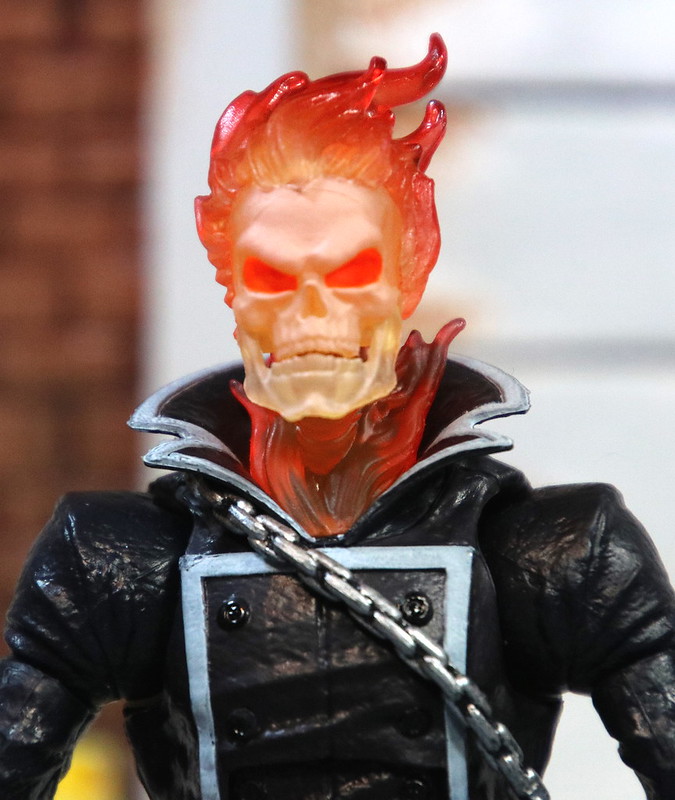 Along with a phenomenal body, Ghost Rider also has an amazing head sculpt.  His skull is white-ish.  Then he has clear red/orange flames added on top of it.   His eyes have the amazing glow.  It didn’t stop with the head.  His neck has sculpted vertebrae, and there are flames coming up from around his neck. 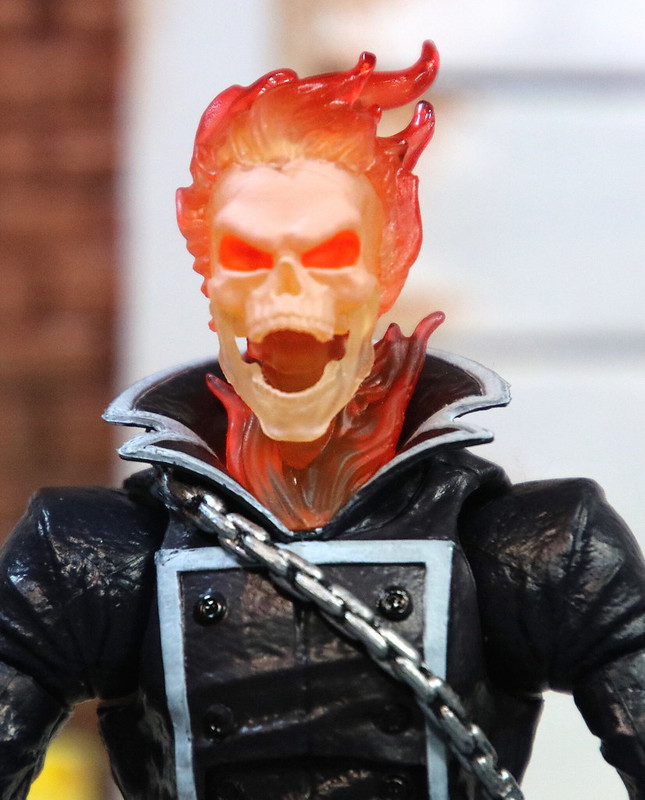 Then there is the mouth.  He would have looked good with a standard mouth.  But they went the extra mile and gave him a jaw joint.  When was the last time we saw a Marvel Legends figure with a moving mouth? This is a great addition. 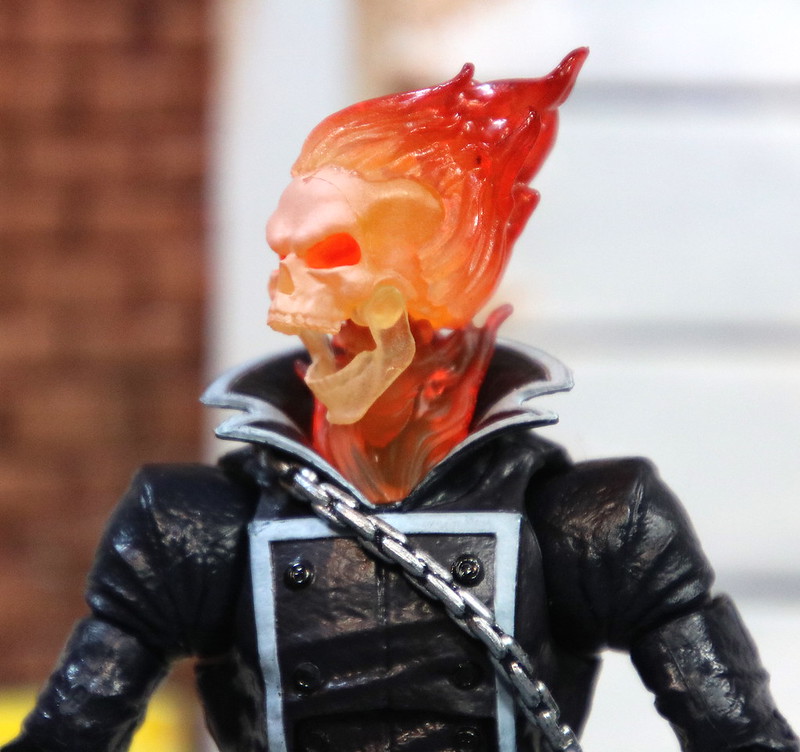 This is a fantastically done Ghost Rider.  He looks great, and holds his own against other figures in this series, as well as with figures from other series.  He will be made better and more playable when I find some chain that he can use to take down his foes.